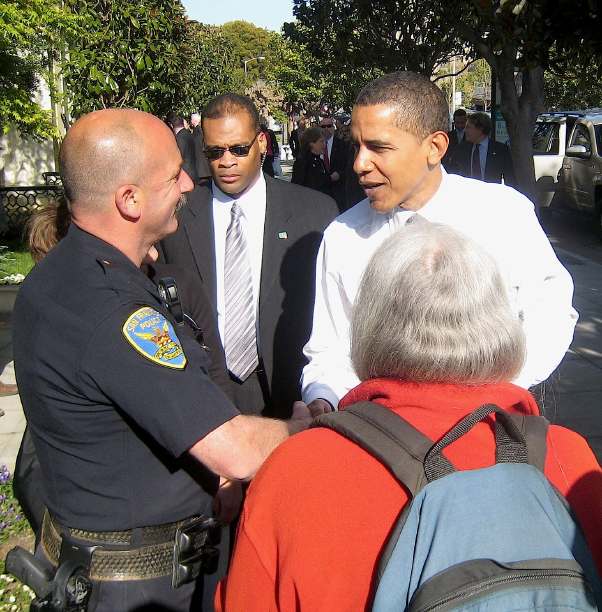 SAN FRANCISCO — A couple of people I know out here in the Bay Area attended one of the San Francisco fundraisers more than a week ago, during which Barack Obama talked about white working class Americans in Pennsylvania and the Midwest who “get bitter, they cling to guns or religion or antipathy to people who aren’t like them.”

The comment attracted no attention at all among the liberal, well-heeled Democratic donors gathered in the  handsome homes near the Pacific where Senator Obama posed for pictures with guests. The reason is that Senator Obama, taking a page from the Republican handbook, was speaking in shorthand. Guns, religion, and “antipathy,” an Ivy League word meant to describe racial fear and prejudice, form the contours of a certain kind of voter that utterly baffles wealthy liberals. A voter that puts his or her economic interests second to moral, social, and cultural interests.

San Francisco and its suburbs, after all, are a great showcase of the value of public interest idealism and investment. Decisions to tear down an urban freeway and replace it with modern rapid transit have helped spur billions of dollars in new housing and business construction. The great universities here, funded all or in part with public money, produce an astonishing assortment of well-educated and qualified job applicants. The digital revolution continues apace. Environmental protections and land use policies have cleaned the air and water and surrounded the region with a green belt of mountains, forests, and scenic open spaces. Salaries are high. Housing is higher. Opportunity is everywhere.  People embrace the notion that government has a role to play in ensuring prosperity.

Senator Obama talked a lot in San Francisco about his economic plan and especially the energy strategy he’s fashioned with the help of the Apollo Alliance, where I now work. It calls for 25 percent of U.S. electricity to come from renewable sources by 2025, and for 30 percent of the federal government’s electricity to come from renewables by 2020. He also proposed investing $150 billion over 10 years in renewable energy and biofuels, efficiency, and developing technology to burn coal more efficiently and with far less carbon pollution.

It’s an economic development strategy that will produce millions of new green-collar jobs to replace those high-paying manufacturing jobs lost in Pennsylvania and the Midwest.

But there are all these other voters in California and elsewhere, people not nearly as well-off, many who’ve been displaced, who aren’t listening. They’ve allied themselves with the wealthy to form a Republican governing coalition that has ruled America since 1980. And though they support certain liberal ideas — mass transit, open space conservation, clean air and water, Social Security, Medicare, and unemployment compensation come quickly to mind — most would never vote for a Democrat, regardless of whether his economic and energy strategy made sense.

Some of my friends and most of my wife’s family from northern Michigan fall into this camp. They’re lovely people. The ideas and candidates they support for state and national office just don’t make much sense to me.

It’s those voters that Senator Obama characterized as “bitter” and clinging. I’m not sure he used the right words. “Resigned” is how I’d put it. Regardless, though, neither he nor Senator Hilary Clinton are likely to get more than a smattering of their votes. It’s not that he’s African American or she’s a woman. It’s that they’re Democrats and those bitter, clinging, resigned white working class voters don’t cast their ballots for the  Donkey party.

One thought on “Obama, His Shorthand, Energy, and the Frustration of Self-Interest”