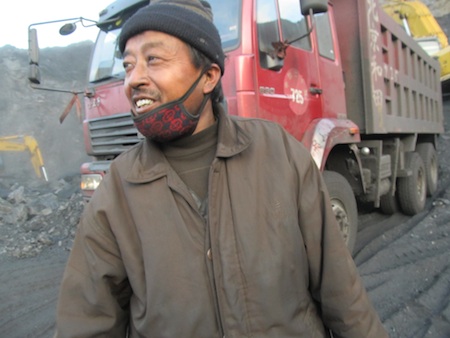 Washington’s foreign policy community is all aflutter anticipating the meaning and outcome of Chinese President Hu Jintao’s three-day summit with U.S. President Barack Obama, which starts today. But while the two heads of state focus on resolving what pries them apart, both nations share a dangerous confrontation within their borders over energy demand and water supply—offering a matchless opportunity for new kinds of cooperation on policy, technology, business, and trade.

The collision between rising energy demand and declining freshwater reserves, unfortunately, is not on the summit agenda this week. It’s only a matter of time before it is. Large expanses of both countries are being buffeted by new dimensions of water scarcity that impede development and economic opportunities.

There is powerful evidence that China’s dry and energy-rich northern and western provinces, for instance, do not have enough water to both build the modern manufacturing cities that Chinese authorities envision and develop the nation’s immense reserves of coal and natural gas.

Meanwhile, in the U.S., water scarcity is pitting energy developers against ranchers and farmers on the northern Great Plains, now emerging as the largest domestic oil production zone outside of the deepwater rigs off the Gulf Coast. Diminishing water reserves are putting the well-being of major American cities—Phoenix, Denver, Los Angeles, Las Vegas, Atlanta, and others—at risk.

In contending with energy demand and water supply trends that are moving in opposite directions, the United States has the opportunity to share its energy efficiency and production technology with China, which, in turn, can offer the U.S. proven water conservation policies and practices.

Choke Points Shared By Both Countries
During the last seven months, Circle of Blue dispatched reporting and science teams to 18 American states and 15 Chinese provinces, producing Choke Point: U.S. and the upcoming sister project, Choke Point: China, which starts online publication on February 15. The purpose: to understand how both countries are contending with the tightening choke points between energy demand and water scarcity.

The major finding of Choke Point: U.S. is that the fossil fuel industry is busy replacing conventional supplies of petroleum and natural gas, produced from underground reservoirs, with “unconventional” fuel reserves, produced from deep shales and tar sands. In essence, much of America’s new supplies of diesel fuel, gasoline, and natural gas are generated from operations that resemble mining as much as they do ordinary drilling.

For the first time in a generation, U.S. oil production is steadily climbing. The new reserves, though, require much more water and generate more climate-changing carbon emissions than conventional oil and gas production. They also occur in some of the nation’s driest regions—Montana, North Dakota, Wyoming, Colorado, and Utah. Confrontations between agriculture, municipalities, state governments, and the oil industry are occurring and are sure to get worse.

The second major finding of Choke Point: U.S. is that, with the exception of energy generated from wind and from solar photovoltaic panels, almost every new “cleaner” energy alternative—including nuclear energy—requires more water for production and cooling than the conventional coal- and natural gas-powered energy sources they are meant to replace. The worst energy-water mismatch is in the production of biofuels, which were once seen as a promising replacement for petroleum-based fuels. Generating one gallon of fuel from irrigated corn, for instance, takes 650 gallons of water. Generating one gallon of gas from oil takes one gallon of water. Solar thermal power that is conventionally cooled consumes more water than a coal-fired or a nuclear-powered plant.

The U.S. Department of Energy has forecast the need to increase energy production 40 percent by mid-century. But unless there are significant changes in approach, meeting the demand for 40 percent more energy will come at an extraordinary price to the nation’s air, water, land, and quality of life. Rising energy demand and diminishing freshwater reserves are two trends in dramatic collision across the country. Moreover, the speed and force of the collision is occurring in the places where growth is highest and water resources are under the most stress: California, the Southwest, the Rocky Mountain West and the Southeast.

A Confrontation That Grows More Dire
Energy-water stress points of the same magnitude also are occurring in China. China’s rising energy demand, the fastest in the world, is colliding with its rapidly declining supply of fresh water. China, among the world’s driest countries, has roughly 163 trillion gallons of water available for all uses, according to a study released in December 2009 by McKinsey’s 2030 Water Resources Group. About 63 percent is used by farmers, down from 85 percent in 1980, according to China’s Water Ministry. Municipal and domestic use has been stable at around 12 percent, and industry uses 23 percent; 80 percent of that to operate and cool China’s 10,000 coal-burning generating units in 550 power plants.

The China Water Ministry described the situation in a report earlier this year: “Rising water consumption associated with socio-economic development increasingly strains China’s freshwater ecosystems, challenging traditional water resource management.” In effect, the most critical economical and environmental question in China today is whether there is enough water for the nation to continue its stunning modernization.

Answering that question, of course, has stunning ramifications for the United States and every other nation that has business and diplomatic commerce with China. Both nations have proven knowledge that is readily available to loosen the tightening energy-water choke points. Now would be a good time to put it on the negotiating table.

Keith Schneider is senior editor for Circle of Blue, where this article first appeared. Reach him at keith@circleofblue.org.