Laura Dunn, a young Yale-educated director (see pix) who lives in Austin, Texas, is creating a stir at some of the country’s important film festivals, including Sundance, with The Unforeseen, a feature-length documentary about the consequences of runaway development and sprawl.

Writer Dennis Conroy, who saw The Unforeseen at the San Francisco Film Festival last month, offered this assessment: “A modest real estate developer, [Gary] Bradley had big ideas. His concept was the 4,000-acre Circle C Ranch, an upscale subdivision—a city within a city—a few miles upstream from Barton Springs, a much-loved water wonder in Austin. Partnering with the corporation Freeport-McMoRan gave Bradley economic clout but also proved to be his downfall, for the company had an egregious environmental record that sounded alarm bells among Austin’s burgeoning environmental movement. The Unforeseen chronicles the ensuing battle among Bradley and the developers, the environmental activists (including Robert Redford, who learned to swim in Barton Springs), politicians and property owners. 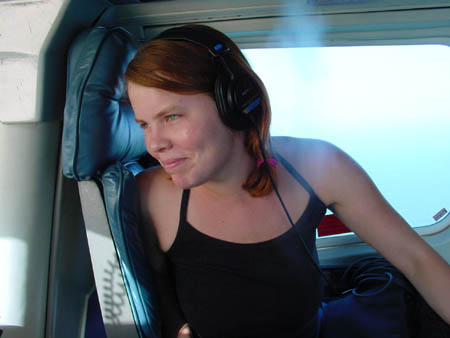 “Dunn does not oversimplify the issue but instead asks complex questions: What are an individual’s rights to own, develop and sell property; How much growth is good; When does public space turn into a marketplace; and, Who is accountable for the repercussions of this growth? Though Dunn attempts to present Bradley and other small developers not as villains, her “paved paradise” lament is palpable. The Unforeseen reminds us that Barton Springs is emblematic of the struggle everywhere to balance natural resources with economic growth. As journalist William Greider concisely puts it, “Growth itself is not the enemy, it is the nature of that growth—the quality within.”

Dunn’s previous work on environmental topics include Green (2000), an exploration of Louisiana’s petrochemical alley, Become the Sky (2002) about the energy industry in Texas, and mai mayim, (2005), “a documentary that explores the Middle East conflict from within the context of the ecological need for water in Israel, Jordan and the Palestinian Authority,” according to her two birds film Web site.

I learned about The Unforeseen from Laura’s husband, Jef Sewell, who co-founded Amplifier, an interesting fulfilment company in Austin that I’m writing about for the New York Times. Amplifier’s  clients include some of the hottest entertainment properties on the Internet, including Askaninja.com and TikibarTv.com.  Next month, while I’m in New York, I hope to catch The Unforeseen at the Brooklyn Academy of Music. I haven’t located a trailer, but as soon as I do I’ll post it on Mode Shift.

Circle of Blue is “Changing the Face of Journalism”