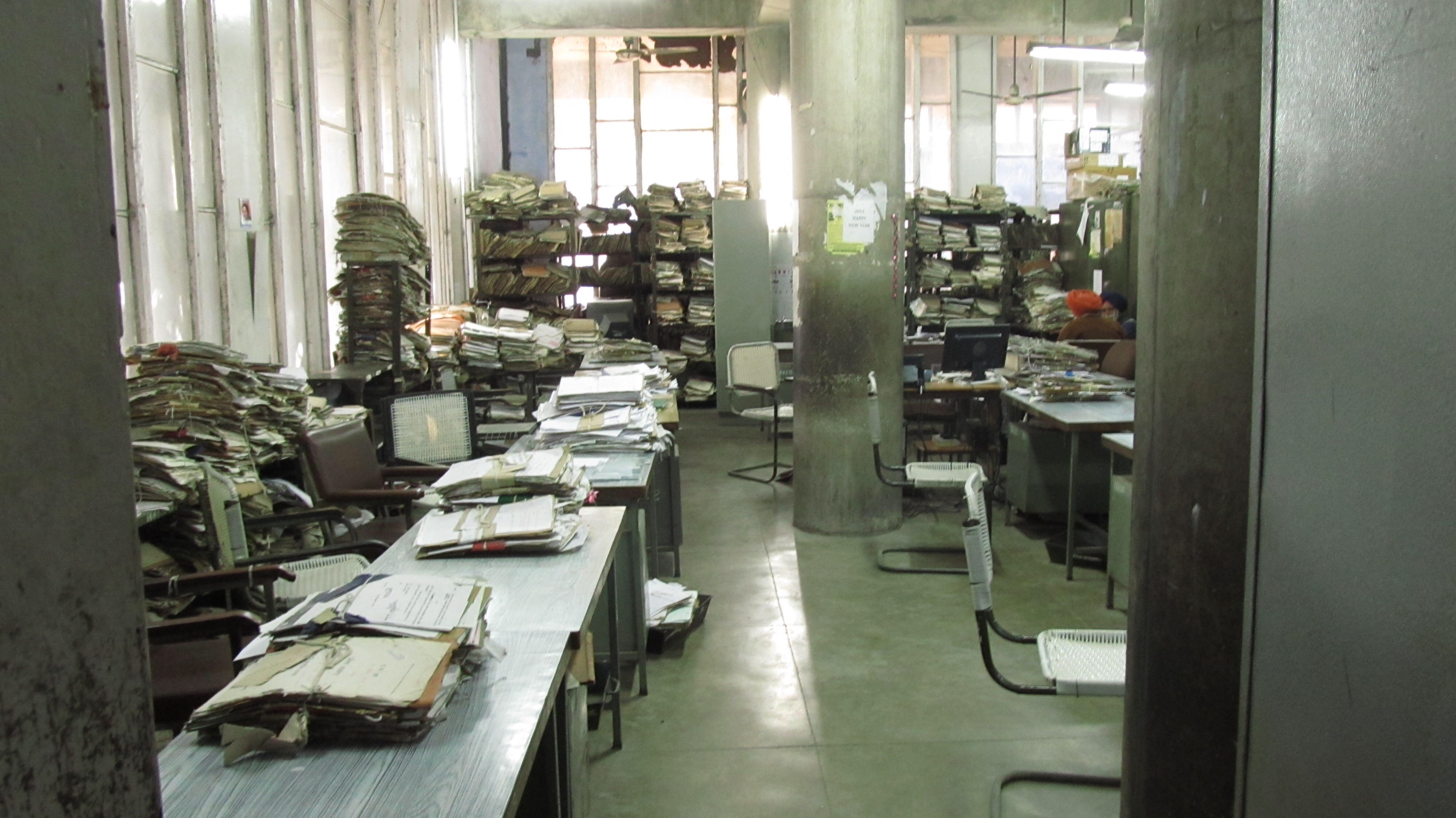 Water-Energy Choke Point
For a month at the end of 2012, I joined J. Carl Ganter, the director of Circle of Blue and a top American photojournalist, and Aubrey Parker, Circle of Blue’s young and exacting news editor, on an absorbing fact-gathering trip to India.  Our work focused on understanding the consequences of the contest between rising demand for energy and grain, and diminishing supplies of fresh water in a nation of 1.2 billion people.

The first of the four articles in our new Choke Point: India project posted this week. This work is not possible without our Washington-based partners and collaborators: Jennifer Turner, Michael Kugelman and other experts at the Woodrow Wilson International Center for Scholars.

Circle of Blue’s research took us to the offices of businesses, think tanks, and government agencies in New Delhi, to the rice farms and mills in Punjab and Haryana, and to the open pit coal mines and a renewable energy field in Chhattisgarh.

Everything about that we learned about India was fascinating. Much of it was troubling. We found, for instance, that electricity shortages are a principal reason that after more than a decade of strong economic expansion, India’s GDP last year grew by 6.5 percent, the lowest since 2008, according to the World Bank.

Here is a sampling of other findings:

— A serious contest between energy, food, and water hinders Chhattisgarh, a coal-rich and energy-wasting eastern state. Though 2.5 kilograms of dried rice husk produce the same energy as one kilogram of coal, the water needed to produce the crop, and the diesel fuel required to transport thousands of tons of hulls to generating stations each week work out to a choke point that is stressing Chhattisgarh’s capacity to develop alternatives to coal.

— Climate change is a big problem. The warming climate in India is producing new and erratic patterns of rainfall, even in Chhattisgarh, a state where moisture once was abundant.

— Another issue is the condition of the soil, which has been depleted by decades of intensive modern farm production practices across India. Soil doesn’t retain as much water as it once did.

— Demand for water that is needed to produce steam and cool India’s  growing number of big coal-fired power plants is producing conflicts in the farm sector, and in cities that need water and electricity.

Almost 1,500 kilometers (935 miles) northwest of Chhattisgarh, much of the source of the eastern state’s energy-water choke point can be found in the water-consuming, electricity-wasting rice paddies and wheat fields of Punjab and Haryana, two of India’s largest grain producing states.

India’s central and state governments manage the agriculture, energy, and water supply sectors as social services. Grain producers in the two northern India states, and in the other big rice and wheat-producing regions, sow their crops using free electricity and free water, along with heavily subsidized prices for seeds, fertilizer, farm chemicals and other inputs. India, moreover, sets a fair and comparatively generous market price for its domestic grain, buys every kernel, and pays for milling and storage.

Cycles of Risk
The effect on a nation that has known food shortages and starvation has been profound. India’s grain production last year reached a record 247 million metric tons. So much rice has been harvested that 62 million metric tons, about 60 percent of the annual rice harvest, is stored in mountains of stacked burlap sacks under plastic tarps in hundreds of mills and storage depots across northern India.

But the consequences to the water, air, and soil of Punjab and Haryana are significant, and growing more dire in the era of climate change. Most of Punjab’s rice and wheat harvests are produced on land irrigated by groundwater. Most of Haryana’s harvest is produced on land irrigated by surface canals. With free electricity to run pumps, and no cost for water, farmers irrigate day and night. The whir of pumps and rush of running water is part of the soundtrack of the region.

The excessive use of water is steadily draining water tables in Punjab and Haryana, pushing levels deeper into the ground, and requiring farmers to dig deeper wells and use more powerful pumps to draw it to the surface. Nearly 40 percent of Haryana’s electricity is used just to transport water to farm fields. In Punjab, as much as half the electricity consumed during the spring and summer growing seasons, is needed to operate pumps that draw water from 1.3 million wells.

The number of new wells in each of the two states grows by more than 20,000 annually, according to water board statistics. So much electricity is required in a country that isn’t producing enough that Haryana and Punjab utilities schedule regular hours for brownouts and blackouts. Rice mills, for instance, operate at night, when electricity is available. If they require power during the day they turn on generators fueled by expensive diesel fuel.

Water-wasting farm practices, moreover, are drawing salts to the surface and damaging soils in both states.  And climate change is reducing rainfall in the Himalayan foothills and in the rivers that supply the region’s reservoirs and irrigation canals, and recharge groundwater aquifers.

India is missing a golden opportunity to electrify its rural villages and modernize its manufacturing economy by building and distributing decentralized clean energy electrical technologies – particularly wind and solar equipment that consume virtually no water.

More than a third of India’s population, or some 400 million people, live in villages without electricity. India is pouring billions of rupees into constructing an extensive transmission network and thermal electrical generating stations, most fired by coal, to provide power to rural areas. Last year, India generating capacity reached  211,000 megawatts. That is 37,000 megawatts more than in 2010 or the equivalent of 37 new 1,000-megawatt plants. Only China has a bigger thermal power construction program.

Most of the new generating capacity in India is fueled by coal, which powers 65 percent of the nation’s electricity, and also helps to make India the fourth largest producer of climate-changing carbon emissions behind China and the U.S.

A more efficient, less costly, and far less polluting alternative is to provide Indian villages with electricity generated from clean alternative energy sources. Extensive and expensive high voltage transmission networks are not needed. Such systems use no water and do not pollute. But with the exception of its plans to build over 200 hydropower generating stations in the northern states near the border with China – proposals that come with their own distinctive ecological and diplomatic risks – India is largely disregarding clean energy as a mainstream source of power.

Beautiful People In A Cultural Vortex
Across India, Circle of Blue was welcomed with grace and hospitality in every city and village we visited. In interviews, government experts, academics, business leaders, farmers and citizens acknowledged that in myriad ways India’s energy-food-water choke point is steadily ruining India’s air and water, slowing its economy, and testing its cultural and political stability.

But as we spent more time and talked to more people we also learned that India’s resource choke point was just one crisis among of a select group of interrelated structural clashes that are impeding the nation’s development. In every case, the source of the constraint turns out to be India’s indecision about its national goals.

Efficiency in its governing systems is blocked by layers of offices, divisions, review panels, and administrators in ornate bureaucracies.

Though defining itself as a market-based economy, India’s resource industries – energy, food, water, mining – are thoroughly controlled by state-owned companies.

Bribery and corruption are so endemic that warnings of prosecution, and appeals to transparency are posted prominently in the lobbies of big companies.

Most importantly, the fuel lines to the democratic society of justice and opportunity that Indian leaders and citizens say they want to build are fouled by ruthless inequity that comes close to sanctioning the routine murders of baby girls, rapes of young women, and a caste system that oppresses low-income classes.

A nation so inviting with its human warmth and hospitality, so accustomed to poverty and hardship, and so welcoming of technological advance, is also a nation deeply frustrated. Injustice in India affects over half its people. Obsolete strategies in its management, and resource policies and practices damage water and soil and encourage waste. Corruption is a second economy. The consequences are impeding India’s development, damaging its treasure of natural resources, and risking the new wealth and global standing India has accumulated over the last generation. 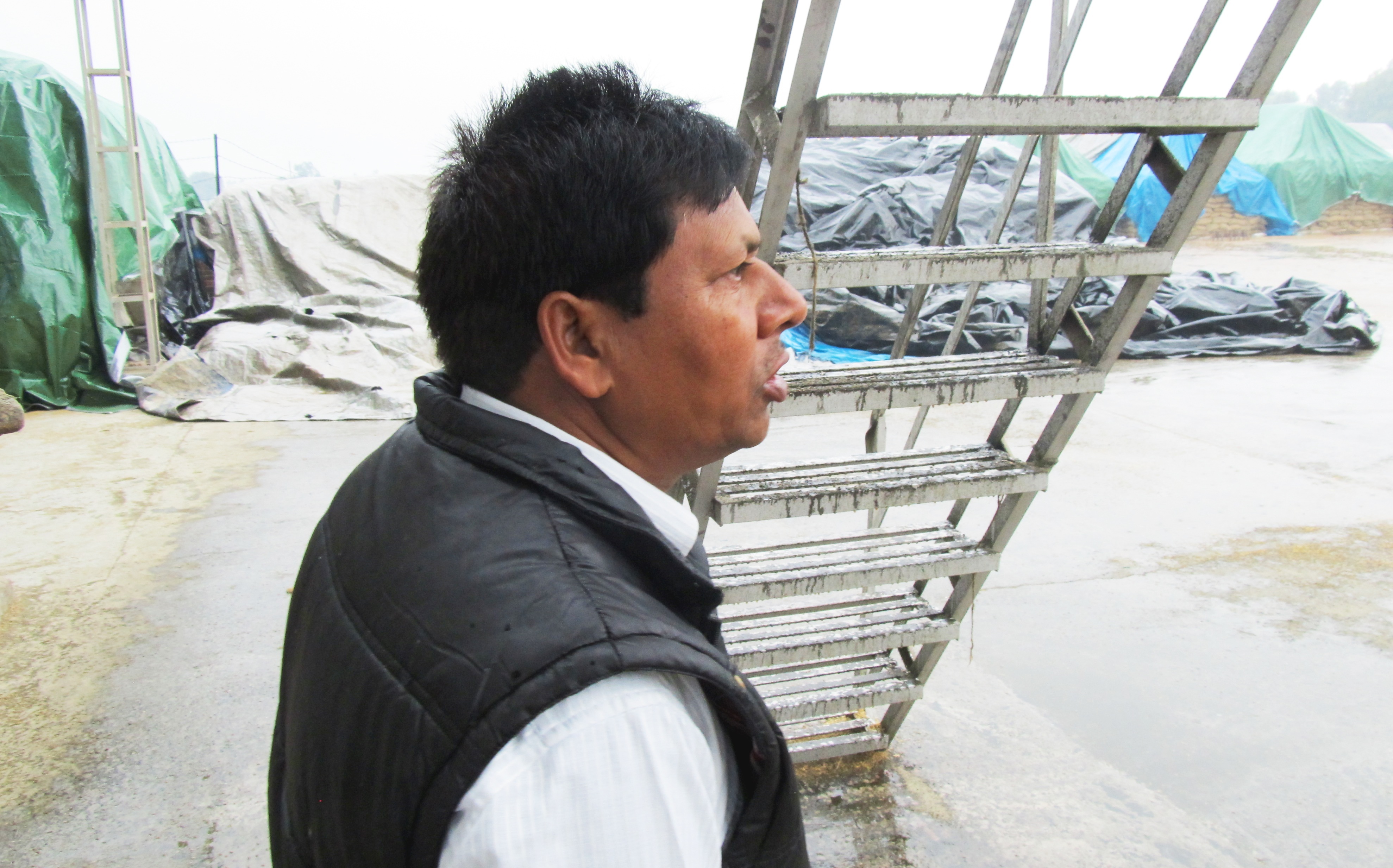