SOMERSET, KY — An editor in New York who is a good friend and one of the great newsroom leaders of our time remarked to me four days ago, “Honestly, I think this is going to be far bigger than 9/11 in its impact on Americans’ lives.”

In a brief sentence he tied together the two national catastrophes of this century, and projected the COVID-19 pandemic will be worse. There is one more way the 9/11 attack and the virus are joined. They both display the indefensible negligence of the presidents in charge during those times. Both President George W. Bush and President Donald J. Trump failed to pay attention to readily apparent evidence of impending calamity. And both neglected the advice of their expert staff or disbanded White House directorates charged with tracking events outside our borders that posed grave threats to the United States.

The result of 9/11 was 2,996 deaths, 25,000 injured, and wearying, still-ongoing, expensive alterations in security precautions at airports and in public buildings .

As of today 4,100 COVID-19 cases have been reported in the U.S. since the first case on January 20 in Seattle; 71 people have died from it. The most optimistic predictions by medical experts is that tens of thousands more Americans will contract the virus over the next month and thousands will die.

The lapses in Oval Office oversight of the nation’s safety in the leadup to both calamities is striking and dispiriting. Before getting into the particulars let me just state plainly that on a personal level my family was put directly in harm’s way by 9/11 and by COVID-19. On a political level it’s hard for me to fathom how voters see Republican presidents as safe-keepers of our nation. The last two have been disasters.

You may recall that in his second term, President Bill Clinton escalated anti-terrorist directorates at the CIA and the FBI and formed the Counterterrorism Security Group in the National Security Council in the White House. The program and policy change came in response to the August 7, 1998 Al Qaeda truck bomb attacks on U.S. embassies in Nairobi, Kenya, and Dar es Salaam, Tanzania that killed 224 people. They gained added traction late in 2000 following the bombing of the USS Cole while the warship refueled in Yemen. The attack killed 17 sailors, wounded 40, and caused $250 million in damage.

President Bush retained the Counterterrorism Security Group in the White House after his inauguration in January 2001. But its credibility and stature steadily waned in the following months even though its director, Richard Clarke, a Clinton Administration appointee and the national counterterrorism director, was delivering accurate projections about the capability of Al Qaeda and its deadly intent.

President Bush and his team received regular warnings from the Clarke Counterterrorism Security Group and the CIA counter terrorism office. In a classfied briefing on August 6, 2001 the president was warned, according to the headline “Bin Laden Determined to Strike in US,” about an imminent attack.

On September 4, 2001, a week before the attack, senior Bush administration officials met to discuss terrorism following weeks of intelligence about odd movements of terrorist cells and closing of terrorist training camps. According to the 9/11 Commission report, before the meeting Clarke sent Secretary of State Condaleeza Rice “an impassioned personal note.” He criticized U.S. counterterrorism efforts past and present. The ‘real question’ before the principals, he wrote, was ‘are we serious about dealing with the al Qida threat? . . . Is al Qida a big deal? . . . “Decision makers should imagine themselves on a future day when the CSG has not succeeded in stopping al Qida attacks and hundreds of Americans lay dead in several countries, including the US,” Clarke wrote. “What would those decision makers wish that they had done earlier? That future day could happen at any time.”

Fast forward to the new era of deadly pathogens killing lots of people. In March 2014 an outbreak of Ebola occurred in West Africa. President Barack Obama and his medical and health agencies responded almost immediately, leading the global response to quell sickness and death. On November 4, 2016 President Obama signed an executive order to establish a global health security directorate in the National Security Council to coordinate US government activities and fill an international leadership and collaboration role to “achieve a world safe and secure from infectious disease threats.”

In May 2018, as the Trump administration was busy limiting funding for federal health and science agencies, John Bolton, then national security advisor, dismantled the global health security directorate.

Last week when asked about the demise of the office by a reporter, the president — who once asserted that “only I can fix it” — evaded any responsibility and called the question “nasty.” Later he made things worse with this response:

It makes my head ache. Almost half of America’s registered voters, according to public opinion polling and recent news articles, say a good portion of Americans trust this president and welcome his leadership. Trump has consistently discounted the dangers of the coronavirus. Many of those same people believe the government guidance for avoiding it is irrelevant to their lives.

That attitude, advanced by the president, is a risk to all of us. I agree with Bernie Sanders, who during the debate last night with Joe Biden, said this:

“The first thing we have to do, whether or not I am president, is to shut this president up right now. He is undermining the doctors and scientists who are trying to help the American people. It is unacceptable for him to be blabbering with un-factual information that is confusing the general public.” 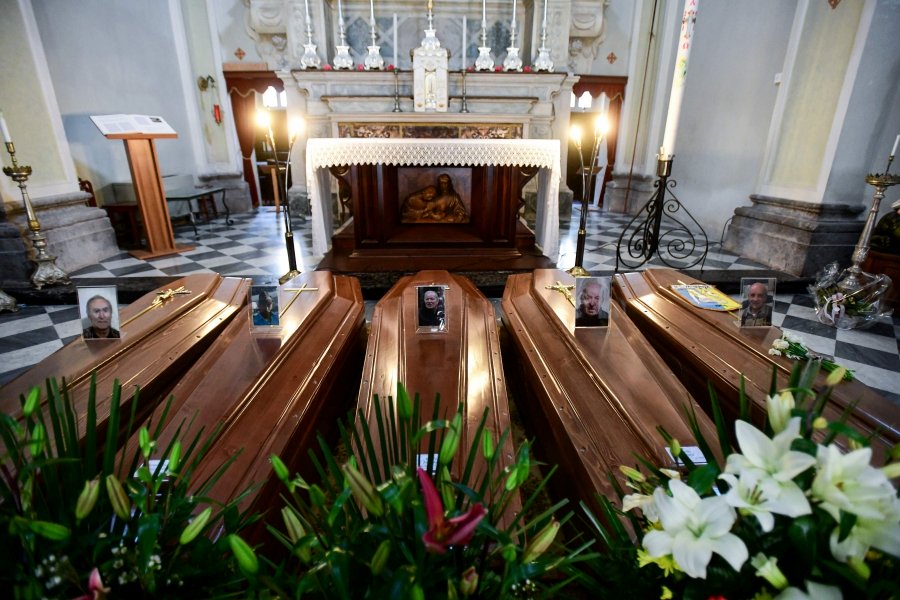