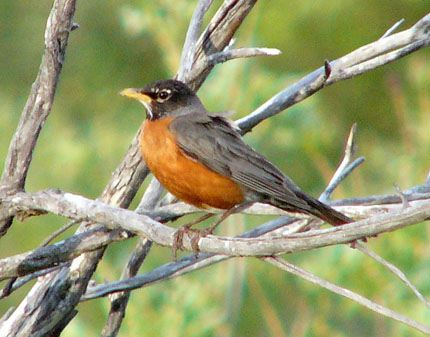 On the day late last month that Rachel Carson would have turned 100 years old I posted a piece on Mode Shift that focused on the surprising failure of the nation’s major environmental organizations to defend the mother of modern environmentalism. The free market right has set out on a deliberate path to diminish Carson, and by extension the American environmental community, as credible in responding to the consequences of industrial technology. The attack on Carson is an important facet of the free market right’s campaign to diminish the reach of local, state, and federal safeguards. And it’s been remarkably effective and destructive. The federal government, for instance, has no strategy for responding to global climate change because of its sympathy to free market assertions that the science of climate change is deeply flawed.

In any case on Tuesday this week John Tierney, an influential free market science writer and columnist at the New York Times, leveled a broadside at Carson in the pages of Science Times. Calling Silent Spring a “hodgepodge of science and junk science,” Tierney accused Carson of using “dubious statistics and anecdotes (like the improbable story of a woman who instantly developed cancer after spraying her basement with DDT) to warn of a cancer epidemic that never came to pass. She rightly noted threats to some birds, like eagles and other raptors, but she wildly imagined a mass ‘biocide.’”

I know Tierney and worked with him at the Times in the early 1990s, when he joined the paper. He’s smart, thorough, and delights in being a contrarian on environmental issues. He wrote a famous piece questioning the value of recycling, essentially saying that recycling wastes more energy and materials than it saves. In another piece for the Times Magazine, Tierney singlehandedly changed the public’s view of Stanford biologist Paul Ehrlich when he reported on a bet that Ehrlich made with Julian Simon, an economist at the University of Maryland. In 1968 Ehrlich published The Population Bomb, which predicted a runaway global population boom (he was right on that) and mass starvation globally and food riots in the United States in the 1980s (he was wrong about that).  Ehrlich bet that the prices of five key metals would rise as a result of population increases and scarcity of natural resources. Simon bet that innovation would drive prices down. In 1990, Ehrlich conceded defeat and sent Simon a check for $576.07, the amount that represented the decline in the metals’ prices after accounting for inflation, he reported.

Now Tierney is after Rachel Carson, using as the basis of his critique a 1962 review of Silent Spring in the journal Science written by I. L. Baldwin, a professor of agricultural bacteriology at the University of Wisconsin. Baldwin’s review was the subject of debate as intense at the time as Carson’s ground-breaking journalism. Her assessment of the toxic trail left by pesticides in plants and animals was defended and confirmed then by independent scientists, some of them working at the behest of President John F. Kennedy. And they’ve been reconfirmed time and again in the real world since.

Pesticide use has resulted in mass killings of songbirds and wildlife, and the poisoning of farm and industrial workers. I personally reported on the consequences to production workers in Lathrop, California in the 1980s who were left sterile because of their exposure to the pesticide DBCP during its manufacture. I reported on the incidence of young children who’d been born deaf in a California community where the drinking water supply had been contamined by DBCP and other toxic farm chemicals.

I tracked through the forests of western North Carolina in the early 1980s, identifying uncommon rates of death and illness in communities exposed to the defoliants 2,4-D and picloram, which were used to kill broad-leafed trees. The mix of 2,4-D and picloram, by the way, was sprayed in Vietnam, was known as Agent White, and was used to clear forests where Agent Orange didn’t work. A military study of the effects of Agent White, which I found in the library of Auburn University in Alabama, said that Hmong tribes exposed to the defoliant displayed levels of cancer and birth defects far in excess of neighboring communities that weren’t exposed.

So you can’t tell me that Rachel Carson’s reporting inspired “chemophobia” as Tierney charges, or is exaggerated or untrue. What he does is focus the knife edge of an eloquent rhetorical attack on the outer membrane of Carson’s reporting, such as the predictions she made that haven’t come to pass — a big loss of robins, for instance. He doesn’t note that such a prediction might well have come to pass, and fortunately hasn’t, because several of the most toxic compounds she critiqued, especially DDT, have been banned for agricultural use.

I appeal again to the major national organizations to get involved in setting the record straight about the value of Carson’s journalism and scholarship. Their credibility and the salience of the environmental movement’s science is at stake.

As We Build More, Use More, The Earth Is Pushing Back Hard

George Lakoff and the Mode Shift