SOMERSET, KY — There are reasons to feel empathy for the ghost dancers in America’s coal fields. Like the Plains tribes of the late 19th century, the men and women that supply the nation’s steadily eroding demand for coal raise closed fists of anguish, dance in circles, and call on false prophets for help.

An industrial culture is dying. Unyielding, era-altering market and technology trends are running coal’s usefulness for supplying electricity to the ground. People in Appalachia, along the Ohio River, and in the surface and underground coal fields of the West merit our national appreciation. Their courage, their dust-clogged lungs, their 130-year-old devotion powered an industrial economy that really did make America great.

But the age of burning coal to generate electricity is sunsetting. U.S. coal production, a bit more than 700 million tons last year, has fallen from 1.2 billion tons a decade ago. Just 30 percent of U.S. electricity is supplied by coal-fired power plants, down from half eight years ago.

Those facts, and hundreds more like them, form what I argue is the greatest “good news” story of our time. The world is pivoting to clean energy and away from coal. In 2015, clean energy developers spent $286 billion globally on solar, wind, biomass, and other alternative fuels. That was more than twice as much as utilities spent to develop new coal and natural gas fired plants.

When the numbers for 2016 are published, they will show the trend was even stronger last year. India announced in December that it has no need to build another new coal-fired plant for at least a decade and maybe ever. India has committed to increase its generating capacity from renewable energy sources to 275 megawatts by 2027. That’s equal to more than a quarter of all current U.S. generating capacity. China’s renewable energy goals are even higher.

And that’s where the bad news comes in. And it’s distinctively American bad news. The Trump administration’s new policies to assist coal miners and coal producers will do little to help either. Coal-fired electrical generation is more expensive than natural gas or the sun and wind. The administration’s policy to weaken clean water rules that protected streams from strip mining, or to dismantle the Obama administration’s program of tightening carbon emissions for coal-fired power plants will slow America’s pivot to cleaner fuels. It will likely keep a few older coal stations open that utilities were planning to close.

But the president may also go after wind and solar development, and the government-financed research programs that keep U.S.clean energy technology and equipment competitive. If he does, it’s a certain formula for wrecking the U.S. economy.

The transition to clean energy is the biggest market opportunity of the century. Trillions of dollars in international investment will be made to update the electrical and transportation sectors, and to more efficiently power industrial processes. Electric vehicles are coming. More energy efficient homes, buildings, and materials are on the way. Cleaner manufacturing practices are coming. America is competitive in all of these arenas now.

Is the president really going to get in the way of the most important new industries of this century? He really could. That is frightening.

Trump’s policies, and his cabinet appointments, are intended to bring discipline to black fuel markets that can’t be disciplined. They are intended to keep his political allies in the black fuels sector solvent. But the age of black fuels is ending, starting with coal. Oil is next. Oil prices are stagnant and likely to fall due to over supply and uncertain demand. Trump will have scant influence in altering oil prices. Deals for increasing oil production in Russia will only push prices down, which makes it harder to produce expensive North American oil from the Gulf, Alberta tar sands region, and the fracked fields of Texas, North Dakota and Ohio.

If, however, Trump impedes U.S. technological development in cleaner electrical production, and smarter, cleaner vehicles it would be a mess. It would mean that the United States is unable to compete with China, India, and Europe for market share in the century’s largest economic opportunity. It would be tantamount to President Teddy Roosevelt, at the start of the 20th century, telling France, Germany, and England, “Okay, you guys take the vehicle development and assembly industry. We’ll stick with making buggies.” 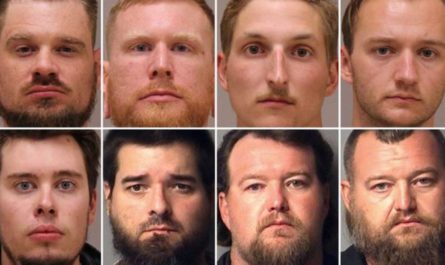 Hatched In Trump’s Rhetoric, A Supremacist Plot To Kidnap Michigan and Virginia Governors