SOMERSET, KY — Pay close attention to the Putin-Trump link. Like archaeologists wielding stiff brushes and dirt screens, investigators are uncovering and starting to assemble the dark bones and clay pottery shards of a momentous scandal. The president and his aides, mindful of the consequences, have sought evasions of every kind. They raised the red flag of fake news. They attacked U.S. intelligence agencies. They accused the news media of being the enemy of the American people. They fumed at leakers and lied about the contacts between top Trump aides and senior Russian intelligence officers.

Now President Trump is squealing. Really squealing. Reporters last week discovered the White House chief of staff contacted the FBI to kill the story — a story that the president and his aides contend is no story at all. The White House entreaties to the FBI look a lot like obstruction of justice and a cover-up. Even conservative Republican lawmakers are calling for an independent prosecutor and demanding that Attorney General Jeff Sessions, a Trump acolyte, recuse himself from all involvement.

In my experience working on big investigations in and outside Washington I’ve learned that when the squealing starts it is always – always – a measure of rising stress and culpability. This story is not going away. Every week invites a new disclosure. We already know that two narratives of conspiracy and secrecy influenced the 2016 election. One leads straight to the Kremlin. The other led to the Trump campaign. Mike Flynn, the deposed National Security Advisor, then tugged it into the White House.

Pretty soon now, with or without the assistance of Congressional investigators, the two threads will be tied together in the Oval Office. I remain more convinced of that than when I wrote this piece in December. And this one.

We know from the Edward Snowden leaks that U.S. intelligence agencies harbor profoundly powerful surveillance capacity. Intelligence agents, sworn to defend the United States from enemies foreign and domestic, have the data, tapes, communications, and transcripts that will show direct contact between Putin and Trump during the election. That disclosure may take some time. Trump is squealing. Soon he’ll be screaming because he knows that disclosure is on its way.

Progressive America Responds
If I connect the dots correctly, Trump will be forced from office. How soon. Maybe by mid-summer. He stands on increasingly unstable ground. The Putin-Trump link is the most dangerous cluster bomb on the White House perimeter. Others are there, too. Like too many enemies. And growing numbers of opponents.

Demagogues rise to power by identifying enemies. They stay in power with simple solutions to complex problems. And they lie — persistently and convincingly to supporters who embrace the demagogue’s war on the enemies and the idea of simple solutions. So here we are with an erratic narcissist president who’s identified so many enemies and cruelly aims at disrupting the weak. Leakers are enemies. The national media is the “enemy of all Americans.” National intelligence agencies are enemies. Hollywood is an enemy led by Meryl Streep. How many enemies can the White House identify before they stand naked with a limited cadre of blindly loyal supporters?

Outside the White House spontaneous circles of resistance burst into view in the streets, the courts, front offices, kitchen tables, and across the media landscape. We all can assure ourselves that Trump is proving America’s greatness, just not in the way he intended.

It’s a temporary sense of security and satisfaction, though. No matter the screwball management and Oval Office chaos, the president and his inner circle display a relentlessness that should not be ignored. Their stated aim is ruin – or as they assert “the deconstruction of the administrative state.”

Those of us who covet reason and prize justice can not rest. A major event — an attack on U.S. soil. A U.S. invasion. A state-sponsored economic or social calamity would prompt the installation of curfews and a state of emergency that security forces and a good share of white America will support. Armed confrontation against public demonstrations and civic protest is the purposeful logic of this illogical administration.

We are on our own people. Unless Trump is forced from office, I fear a battle between security forces and the resistance looms. We’ll see soon how great America is. 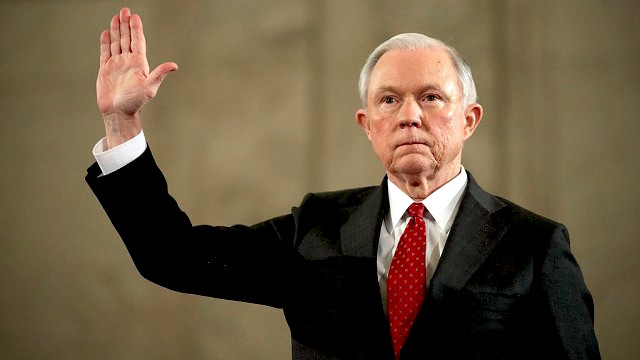 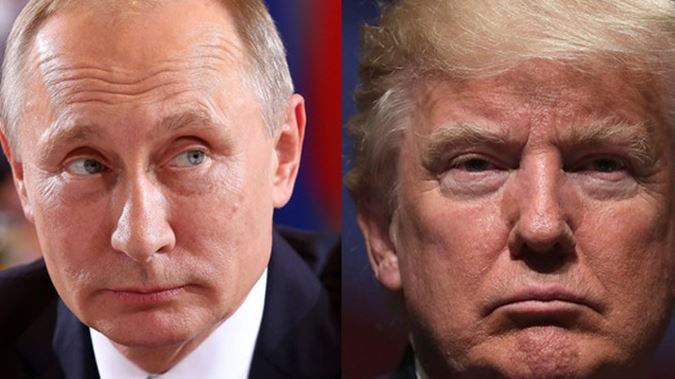 The Years of Fake and Fraud