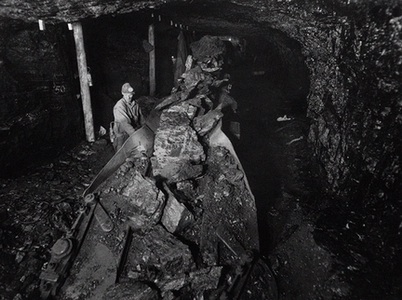 On November 29 representatives from 190 countries will be in Cancun, Mexico for the 16th Conference of the Parties under the United Nations Framework Convention on Climate Change. Late last week, following a two-day Major Economies Forum on Energy and Climate in Washington, the Obama administration’s chief climate negotiator told reporters not to expect too much.

“I would describe myself right now as neither an optimist nor a pessimist,” said Todd Stern, the State Department’s special envoy on climate, adding that there won’t be any “enormous leaps forward” in Cancun but “real and concrete steps” can be made.

Exactly what those could be has not come into focus, though Stern and other negotiators also noted that unless something tangible occurs at the Cancun meeting the credibility of the UN process will weaken. “The process can’t continually stalemate and remain the locus of activity,” Stern said.

A year ago, of course, global anticipation of a diplomatic breakthrough was high enough to attract the American president, the Chinese premier, and over 100 other heads of state to the Copenhagen climate summit. More than 125,000 people from all over the world marched for climate action on a cold and sunny Saturday afternoon. Thousands of journalists and producers filed reports from a crowded media room at the Bella Center, itself so full that security forces limited access.

Yet what was clear in Copenhagen, just as it was plain in the two other international climate conferences I’ve attended — in Barcelona in 2009 and in Tianjin last month — is this: The very same governments that produced a near stalemate on a climate treaty are simultaneously supporting global alliances of powerful energy companies to develop and consume the planet’s remaining reserves of fossil fuels. Let’s just put it this way. The executives of those companies are perfectly content with the grudging pace of climate negotiations.

China, for instance, has gained international renown for the speed at which it’s developed an alternative fuels manufacturing and power-generating sector. But the bigger money in China, and the alliances formed to make it, involve carbon-emitting coal, oil, and natural gas produced in and outside the fastest growing energy consumer on earth.

Royal Dutch Shell, for instance, is collaborating with CNPC, the Chinese National Petroleum Corp., to develop big new natural gas reserves in the deep shales below Sichuan province in a project aided by the U.S. Department of Energy. Sasol, the big South African oil company, is negotiating to build a huge refinery in Ningxia province to turn coal into liquid fuels. The world’s engineering firms are lining up to help China turn a proposal into an actual project to build a 2,000-mile long pipeline from the Bohai Sea inland to desperately dry Xinjiang province to provide coal mines with process water and power plants with cooling water.

Though China has announced its commitment to produce 15 percent of its electricity from renewable alternatives by 2020, up from seven percent this year, roughly 70 percent will still come from the 3.5 billion to 4.5 billion tons of coal it is expected to consume annually by the end of the decade. China’s oil and gas consumption also is climbing rapidly.

That’s why here in North America, China is joining India and Korea on a fossil fuel buying spree. China and Korea have big stakes in oil production from Canada’s tar sands, where they have joined American. European, and Canadian companies in spending $15 billion annually. The Wall Street Journal last week reported that Coal India Ltd., a state-controlled entity, is talking to Peabody Energy and Massey Energy Company to buy American mines.

In short, the Cancun climate summit reflects two opposing theaters of action. In one, climate negotiators are getting tangled up in the soft lines of national distrust and diplomatic nuance. In the other, their governments and domestic energy companies are busier than ever drilling, mining, processing, and producing the dirty power that perpetuates the fossil fuel era. Somehow, climate advocates have to find a way to help the negotiators find a path to agreement while convincing the world of the emergency the fossil fuel industry is determined to make worse.

Why Can’t U.S. and China Just Get Along in Tianjin? Answer Is They Are

Energy Boom: Is It For Real? Looks Like Answer is Yes