The week leading up to April 19 is turning out to be a gruesome one for the United States. On April 19, 1995 Timothy McVeigh blew up the Murrah Federal Building in Oklahoma City, killing 168 people, and injuring 680. That attack, McVeigh said, was justified by the FBI assault two years earlier, April 19, 1993, on the Branch Davidian compound in Waco, Texas. Seventy-six people died.

Waco and Oklahoma City crystalized menace in several new dimensions in the United States. The scale of the deaths in Texas, and the mortal focus on the calendar and commemoration in Oklahoma, illustrated a joining of wickedness and fanaticism rarely encountered in the country.

Yesterday’s Boston Marathon bombing unveiled another facet of evil. The idea that someone planned to maim and kill the innocent, perhaps even purposely aiming to blow off bystanders’ legs on a day focused on a long run, displays a vicious cunning designed to formalize the “at any moment” nature of big public gatherings in the United States that have steadily become more nervous.

You have to wonder whether the April 15 date was a factor. Over the last generation the third week of April has become a stage for escalating mayhem in the United States.

On April 20, 1999 two students at Columbine High School in Colorado murdered 12 classmates, a teacher, and killed themselves. Twenty-four people were injured.

The Boston Marathon bombing occurred on the day race organizers honored and remembered the 20 children and six adults who were killed in an elementary school in Newtown, Conn. That day the shooter also killed his mother and himself. And no accounting of the recent list of horribles should omit the 12 people killed and 58 injured last July in an Aurora, Colorado movie theater shooting. Or, for that matter, 9/11.

The pathology of violence, the determination to disrupt, the focus on turning the public space into a gallery of blood; that all seems plainly evident. But why have these killings occurred over the last generation, a period when other statistics show America is getting safer? Deaths from traffic accidents are way down. Rates of violent crime have declined dramatically since the peak years of the 1970s and early 1980s. Rates of murder are the lowest they’ve been since the 1960s. See the charts below, which are based on FBI Uniform Crime Statistics.

The gunners and bombers are testing America’s mettle. Our purpose is to be strong, and not let this kind of random bloodletting succeed in convincing Americans that big public gatherings are dangerous, especially during an era of improved personal safety. 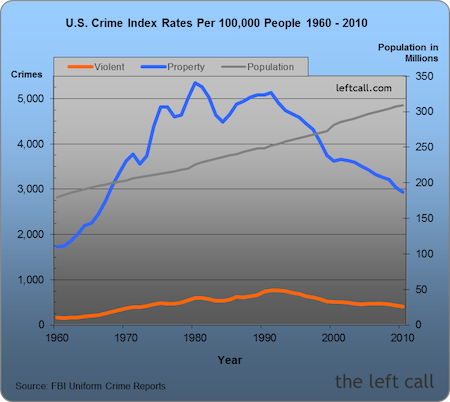 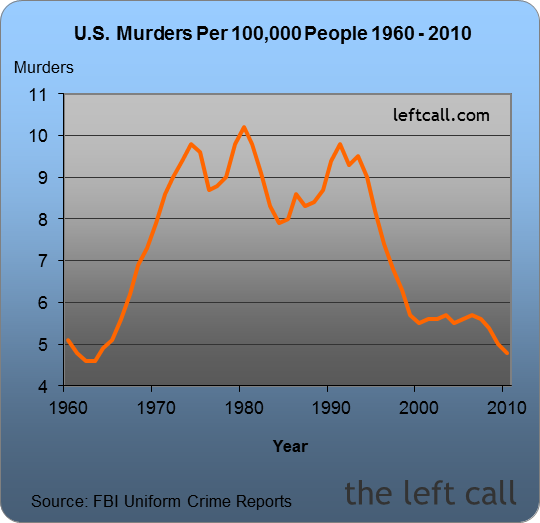 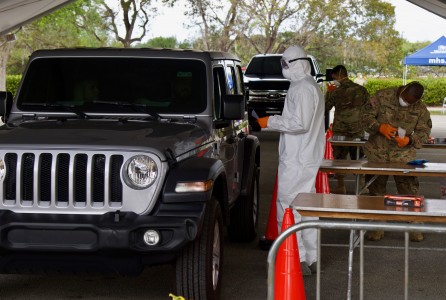 Behind Trump’s Decisions, Unfathomable to the Left, Lies a Deep Reserve of Tribute on the Right