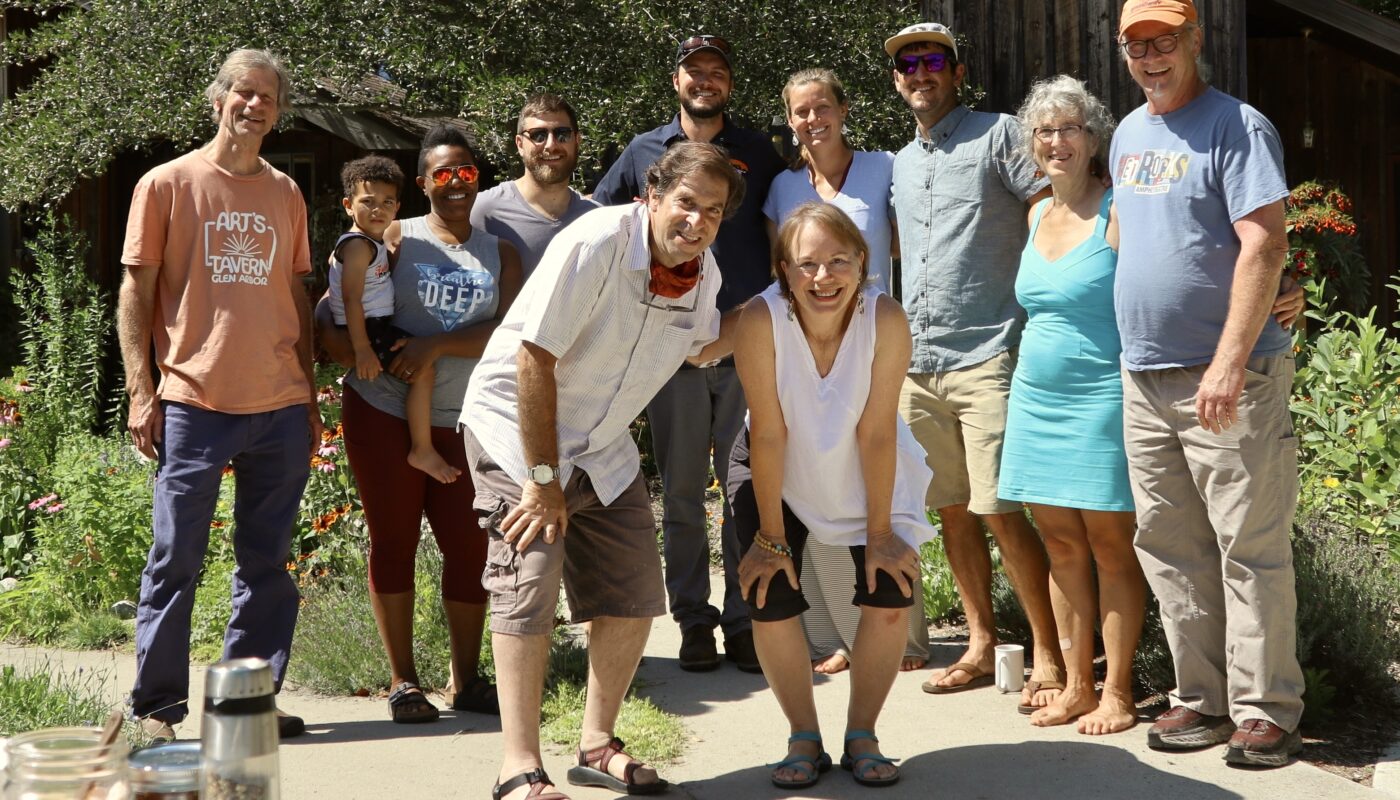 BENZONIA — On May 15, persuaded that COVID-19 infections and deaths were convincingly low, Governor Gretchen Whitmer (D) lifted the executive order that for eight weeks had closed most businesses in Benzie and neighboring Northern Michigan counties. Six months later, as COVID-19 infections and deaths mounted as never before in Benzie and the rest of the state, the Michigan Department of Health and Human Services reinstated parts of the shutdown—calling for a three-week “pause”—from November 18 through December 8.

The escalation of disease has again invited all manner of dark forecasts for personal safety and private business. But between those two dates in May and November, an unexpected season of prosperity unfolded in Benzie County. Significant economic sectors experienced high summer and fall seasons and, in some cases, record revenues.

Homes and land sold at the highest prices in history and at a pace not seen since the 1990s. Car sales were very strong. Summer occupancy rates for hotels, lodges, cottages, and campgrounds were at peak levels. Food store sales were historically high. Restaurant sales were healthy, even with state restrictions on indoor dining.

In effect, the wicked virological rebellion that economists anticipated in March instead generated feverish new business by June. Surprisingly large numbers of summer and fall visitors demonstrated the folly of predicting the future. Sleeping Bear Dunes National Lakeshore, which set records in July and August, is on track to host more visitors than any year since it was established 50 years ago.

Benzie County’s business trends also mirror the experience of neighboring counties and what occurred statewide. At 5.5 percent, Michigan’s October unemployment rate was among the country’s lowest.

“If we look at March and April, during the shutdown, the volume of new and used vehicle sales was down 50 percent. Our service and parts department volume was down 25 percent versus 2019,” says Tom Stapleton, the controller at Watson Benzie, the Chrysler Dodge Jeep dealership that has operated in Benzonia since 1921. “After the shutdown lifted in May, the business climate completely changed. May thru October sales surpassed the volume of the same period during 2019. For the year, we have been able to climb almost all the way back. Our total new and used automobile sales totals are now within 6 percent of the 2019 volume.”

Watson Benzie’s experience is consistent with other Benzie businesses.

Field Crafts, an Honor-based screen printing and embroidery company, had an especially good and distinctive year. It included an order from Pfizer, Inc. to print 400 “Science Will Win” tee-shirts memorializing the company’s announcement on November 9 that its COVID-19 vaccine was 90 percent effective in preventing infections. “April and May were practically zero,” says Jack Gyr, the company’s founder and president, who has operated Field Crafts in Benzie County since 77. “June just hit like crazy,” added Gyr. “We’re back at it. July, August, and September were very good. October, we were ahead of last year.”

The business climate was so strong that Benzie County’s unemployment rate in October was just over 6 percent, among the state’s lowest. Far from being concerned about slow sales, business owners interviewed for this article almost uniformly complained about two unwelcome features of the pandemic season: customers reluctant to wear masks and a labor shortage.

Chimney Corners, the Crystal Lake resort that has operated for 85 years, filled its cottages and apartments during the summer and enjoyed a 30 percent to 35 percent increase from last year in room occupancy during the fall color season. The busy seasons stressed the resort’s staff.

“We’ve been trying to hire someone for both an office and housekeeping position,” says Lisa Schroeder-Confer, the resort’s operations manager. “We are struggling to find people.”

Michigan Economy Also Stronger Than Anticipated
David Zin, chief economist for the State Senate Fiscal Agency, the legislative unit that helps to prepare the annual state budget, says he was baffled by the state’s economic performance this year. Revenue to the state treasury vastly exceeded projections that he and his colleagues made in May.

Auto and truck sales, for instance, are at record levels. Monthly receipts of vehicle sales taxes have exceeded $100 million just 10 times in Michigan history—five of those months have occurred since June, including the record $123 million that the state gained in July.

Zin notes that credit card spending in Michigan increased nearly 12 percent this year, the largest increase in spending of any state. July sales tax revenue was up 18.5 percent compared to July 2019.

“Michiganders seem to be spending money hand over fist,” he says. “We’d like to know where they are getting it.”

Until rigorous academic and economic analysis occurs, the answers are multidimensional and anecdotal.

Benzie County stood at the center of the path paved by all of those trends. The pandemic, which produced scores of online meetings and freed workers from lengthy metropolitan commutes, is a significant factor in the galloping interest for Benzie homes and land.

“We have people coming from California, Washington State, Texas, and Missouri,” says Jon Zickert, lead realtor for The Jon Zickert Group with offices in Beulah and Frankfort. “We had one potential buyer who works for Amazon. He was told he can work anywhere and is now looking here.”

Honor Bank is a central player in the soaring housing market. The bank’s residential mortgage activity is double what it was in 2019.

“By and large, it’s been a surprisingly strong summer and fall season,” says Norman Plumstead, president and chief executive. “Residential mortgages are off the charts. It’s not what we would have expected in March at all.”

The volume of paperwork at the county’s permitting office and Register of Deeds reflects the trend.

“I am on my association board as secretary, and the word is that this is happening all over the state,” says Amy Bissell, the county registrar. “This has been our busiest year in my 30-year career here.”

Real Estate Sales At Record Levels
Additionally, Benzie County issued 165 building permits in July, August, and September — 33 percent more than the same period last year. Contractors—and men and women working in the skilled trades—were in such high demand that building projects that buyers wanted to start in 2020 must wait until next year.

Businesses that supply materials and tools for construction and renovation also did well. After the “stay-at-home” order was lifted in May, people began buying treated lumber at volumes rarely seen, says Doug Rodriguez, vice president and general manager of Honor Building Supply, which has operated since 1963.

“People were home working and said to themselves, ‘You know. Maybe it’s time we redid this deck,’” he says. “There was a lot of redoing decks this summer.”

Could the pandemic and its unanticipated effect on Benzie County signal the start of an era of growth fostered by online careers? Or will it turn out to be a summer defined solely by a brief and surprising burst of recreational and real estate spending?  In other words, says Norm Plumstead of Honor Bank, there is no way to tell if all the activity this year will last.

“It remains to be seen if this period is a sustainable trend versus a peak,” he says.

The county’s restaurant owners live with the uncertainty. Though one in six restaurants closed permanently due to COVID-19 many eateries in Northern Michigan turned to outdoor dining over the summer months.

Stormcloud Brewing Company, which operates a downtown pub and a separate tasting room down the road for its two-year-old bottling plant in Frankfort, experienced the high and low tides of operating during the pandemic. Stormcloud managers adhered to the state directive and closed half of their indoor tables. Though year-on-year business was down 15 percent, customer traffic to outdoor dining was strong, says Rick Schmitt, Stormcloud’s co-owner.

“We had a relatively warm and dry summer,” he says. “We were able to keep our head above water. The outdoor space, without question, saved our business.”

Beer sales from the Stormcloud brewery rose steadily through the summer. But the state’s November shutdown prompted customers to cancel orders for kegged beer, which is half of the brewery’s production.

The November executive order also caused more woe for The Garden Theater, another of Schmitt’s Frankfort businesses. Normally, The Garden Theater sells 12,000 movie tickets during the  summer. This year it was 0.

Crystal Mountain, the year-round sports resort in Thompsonville and the county’s largest private employer, added shields at work stations and spent hundreds of thousands of dollars to ensure customer and staff safety by updating indoor air circulation and filter systems.

Closed for two months starting in March, the resort reopened in May. Room sales surged, along with golf bookings. The interest for indoor events—conferences, meetings, weddings—is low but advance reservations for the winter ski season are up 10 percent over 2019.

“We’ve done okay, because we’re one of the businesses that’s in a fairly good sweet spot,” says Jim MacInnes, president and chief executive of Crystal Mountain. “Our product is outdoor recreation. And we’re a regional destination resort. You don’t have to get in a plane to get here.”

As coronavirus cases climb, economists are again projecting a long and difficult recovery that could take years to bring the state and the nation back to anything resembling full employment. “Yes, we had a strong initial part of the recovery from the COVID recession. It was stronger than expectations,” says Dr. Gabriel Ehrlich, an economic forecaster at the University of Michigan, where he is the director of the Research Seminar in Quantitative Economics (RSQE). “We could still be in for a tough four or five or six months until a vaccine really starts rolling out. In our forecasts, we expect the high-wage industries [$75,000 annual income or more] to recover by the end of 2022, but we expect the low-wage industries [$40,000 or less] to be about 8 percent lower two years from now than they were pre-COVID.”

Such forecasts fit conditions that existed in Benzie County before the pandemic.

The 21st century has not been especially hospitable to Benzie County. Enrollment in public schools declined and graduates moved away. Summer unemployment climbed to 11 percent in 2011. The number of people living in poverty climbed to over 13 percent, nearly double what it was in 2000.

A Turning Point Year?
In a sharp turn from the county’s 1990s dynamism, when every Beulah storefront was filled and the county’s population increased 31 percent—more than all but one other Michigan county—Benzie residents grew older and grayer. The population stalled at around 17,500. From 2008 to 2013, equalized real estate values fell $313 million, or nearly 18 percent, according to county figures. But this year, the equalized  real estate value climbed to nearly $1.9 billion, just over 4 percent more than in 2019.

The resonant economy of the summer and fall of 2020 feels different and durable in more ways than just data and metrics. The pandemic produced greater regional and national interest in Benzie County among people who do not live here. And it appears to have influenced resident attitudes about the county’s relevance as a choice place to live and do business.

One signal event that accompanied the pandemic was the $564,000 federal grant awarded in June to Benzie Bus to purchase electric vehicles for its fleet. Another occurred in November: by a healthy margin, county voters approved a small property tax increase to finance construction of a $19 million elementary school and nearly $20 million more for renovating existing facilities. After years of disapproval, residents recognized the value of public schools as a civic institution, central to encouraging young families to settle here and add to the region’s economic and cultural vitality.

Who knew? A dangerous virus, and how people responded to its risks, clearly influenced business revenues and civic engagement. It also may signal the start of a new era of promise.

This is the online version of an article from the latest edition of The Betsie Current, a local newspaper published in Frankfort by Aubrey Parker and Jordan Bates.