Science defines an extinction level event as the catastrophic consequences to Earth’s biological systems from an event capable of wiping out most living creatures — like a big comet strike.

On Monday crowds gathered in Columbus, Ohio’s state capital, and yesterday in the state capitals of Michigan and Kentucky, to demonstrate civic fears about an extinction level event of another sort. An economic ELE.

Since March 6, when Ohio’s Republican Governor Mike DeWine cancelled a big international conference in his state, and March 11, when Democratic Governor Jay Inslee shut down big public gatherings in Washington State, government orders have closed businesses and started wiping out the life’s work and savings of millions of Americans.

While these early protests were fueled in part by ideological fervor — witness the proliferation of red MAGA hats, pro-Trump signs, and men in camo with assault rifles draped around their necks — dismissing the crowds as supplicants of the Trump cult is short-sighted and foolish. More to the point, what happened in the Midwest and Kentucky this week is the vanguard of the massive civic disorder that’s coming unless the trickiest stunt ever performed by a democratic government is masterfully executed by governors and the president.

That stunt is walking a first-of-its-kind management high wire from the platform of relative safety that now exists to the platform of economic security sought by almost every American. The White House is scheduled to release a plan this afternoon, the first ever prepared for reviving a pandemic-bludgeoned economy. Whatever it says, be mindful that state leaders, the president, and senior federal executives will attempt this feat bullied by a hurricane of public doubt, burdened by the heavy weight of national division and disease, while trying to ignore the deep waters beneath them where hungry political and financial Great White sharks are circling.

But that’s what’s happening. The weight that Dr. Tony Fauci and his science colleagues exerted over the last month to establish social distancing measures is giving way to calls for resuming commerce. It’s not just a priority for the president. Americans of every political persuasion are thinking the same thing. But there is no formula, no trusted map, no off-the-shelf program, no real experience for getting this right. That’s not to say we can’t come up with a brilliant plan, just saying that it will have to be formulated immediately in order to be simultaneous with a national economic opening.

Only one side of the challenge — the health side — has a body of evidence to project the likely consequences of messing this up. Epidemiologists and virologists have data. They tapped open, shared databases all over the world for the last several months developing the remarkably accurate projections of contagion and mortality from either enacting social distancing measures, or ignoring them. They can accurately predict the resurgence of COVID-19 with each level of confinement that is dismantled. At this writing, the United States counts 675,000 cases and nearly 35,000 deaths.

Scientists collaborating on an international project I’ve been working on for the last several weeks found that social distancing measures have spared 7.9 million lives globally since the start of the pandemic in Wuhan in December. The confinement orders in the U.S. have spared 65,000 lives. Deaths in the U.S. would number well over 100,000 now without those business closures and stay-at-home orders, or more than three times the number of documented COVID-19 deaths in the U.S. Relaxing the restrictions will produce more disease.

Economists do not have similarly exhaustive and trustworthy databases to tap. I looked for several days to find economic projections that apply health concerns to reviving commerce. I found none.

I talked today to Hector Pollitt, director and head of data modeling for Cambridge Econometrics, a prominent U.K.-based data analysis and economic modeling consultancy. He explained that economists are adept at projecting the effects of disruptions to supply and demand on individual sectors — transportation, retail, energy, agriculture.

But contemporary databases don’t exist for modeling shocks like a pandemic to financial performance. The only comparable experience occurred in the 1917/1918 flu pandemic. But governments were much smaller then. The world’s population was less than 2 billion (5.6 billion fewer than today). Global business and finance networks were not even a fraction as tightly connected. “Bigger governments mean there is potential for a stabilizing influence,” Pollitt offered. “The peaks and troughs might smoothe out.”

But what happens with economic performance as confinement measures are lifted? That’s new ground. The president and many Americans are ready to go for broke and hope for the best. The White House plan is likely to reflect that gamble. The International Monetary Fund published findings earlier this week stating that global GDP will fall 3 percent this year but bounce right back next year.

For his part, Pollitt projects a big decline in GDP in 2020 that will not be recovered in 2021. That’s $3 trillion to $5 trillion in economic activity around the world that will be lost forever. That’s a recession, probably a deep and stubbornly persistent one. The reason: consumer and investor uncertainty.

When people are not secure financially, they husband their resources. Demand shrinks. Supply will, too. When the U.S. economy begins to re-open in May, epidemiologists project that COVID-19 cases and deaths will quickly mount, producing more uncertainty that will influence every part of the economy. Operating only from the perspective of the immediate present, these civic protests will increase pressure to revive commerce in the U.S. That could make things far worse without a cogent and hit-the-ground-running economic plan, and trustworthy professional personnel to execute it.

And if we keep on monkeying around with our healthcare workers and not sufficiently protecting them from this virus, we will all pay an enormous, life-threatening price in the very near future. Pity the poor person who simply has a heart attack when reviewing his stock portfolio.

“We’re in a completely different world than we were a month ago,” Pollitt said. “What are the impacts to GDP? We don’t really know. They are best guesses.” 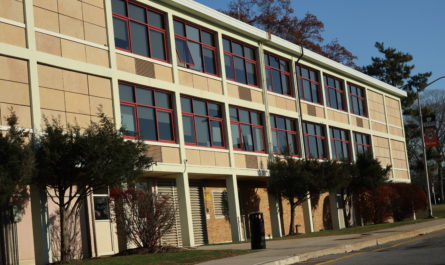 One thought on “Back To Work During The Pandemic: A High Wire Act For Scientists, Economists, Government”