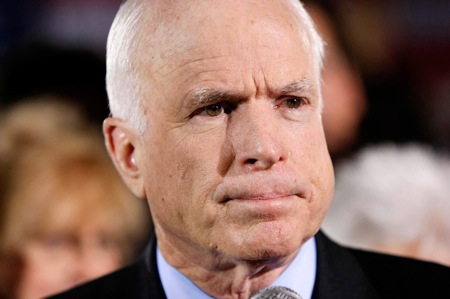 Listen up kids. This stuff just doesn’t happen but once in a lifetime.

Century-old billion dollar financial institutions crumbling in a matter of days. Nearly $100 billion bailouts decided in closed session by a tiny group of government bankers. An American political party tossing out the central tenets of the free-market, deregulatory, anti-tax, anti-government ideology that fostered its political ascendancy for nearly 30 years and is now backing a $700 billion taxpayer-financed government takeover of much of the rest of the financial industry. A weak and foolish president again appearing on a national broadcast to make the case for passage of the measure, equivalent to a declaration of war to prevent economic collapse, and basing it on unproven assertions of calamity if the bailout measure is not quickly approved. A hardened Vietnam-era war hero running for president who, days before it is scheduled to occur, calls for canceling the first presidential debate of a close and heated campaign. Why? To rush back to Washington, he says, to work with a Senate he has barely visited over the last year, to colleagues of both parties who are well aware of his disinterest and meager knowledge of economic theory and don’t need his help. And an African American candidate for president whose measured response — that candidates for president should be able to do several things at once, and that now is the time for the nation to hear from the men who could be president — provides convincing evidence of his ability to lead and, with public opinion polls showing a decided tilt in his direction, seems on the way to winning the White House in November. If and when that occurs, it would be one of the five greatest achievements in the history of the United States.

One more thought. Why are Democrats in Congress so ready to embrace a $700 billion or $1 trillion bailout of America’s financial institutions on the basis of thin evidence they don’t fully understand? And why are they bending again to the threats and fears and illogic and gamemanship from an administration that did precisely the same thing six years ago in starting a deadly, expensive, and unnecessary war? Does anybody on Capitol Hill remember WMD? Does anybody on Capitol Hill consider that everything this administration has touched has turned to you know what — from 9/11, to Iraq, to Katrina, to the mortgage mess, to the financial collapse, to the corruption of K Street, to the hypocrisy of anti-gay ideologues who turned out to be gay.

The narrative that the Bush administration has written here is that without this massive infusion of capital, America faces a depression. Isn’t that essentially the same story the White House told about Saddam and Iraq? Unless we attack and remove those weapons of mass destruction, they claimed, we’re all doomed.

The Temptations in Northern Michigan

One thought on “McCain Blinks on Debating, The Bailout, WMD, And Our Responsibility”