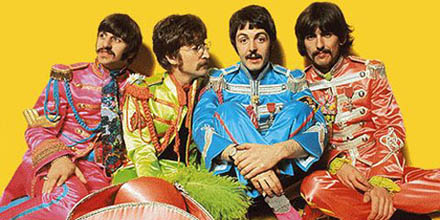 CLEVELAND — I.M. Pei’s Rock and Roll Hall of Fame, a masterpiece of glass and steel on Lake Erie,  is a great pyramid playbox for people who love the music, the messages that changed the world, and the men and women of my generation who, unlike nearly all of us,  lived as far out on on the creative edge as it is possible to be. A lot of the very best didn’t dwell there long.

This weekend I visited the Hall for the first time and came away impressed by two ideas, the first structured by the museum, the other a chance discovery. The museum’s message masters sought, and largely made the case that the titans of rock and roll — Elvis, Chuck Berry, Mick, Aretha, Marvin, Paul, John, and Jim Morrison — were just as intent on assessing the world, making social statements, as they were on fame and money. The Hall’s videographers and film producers consistently stressed the connections between the political and cultural upheaval of the second half of the 20th century — the Vietnam War, civil rights, feminism, environmentalism, free love, drugs, violence, the crumbling of social formalities — to the music, which formed a universally accepted soundtrack to the era.

That differs, substantially I think, from the operating principles of modern pop music stars whose top priority is commercial success and celebrity, and whose interest in social ideas is a second thought, if it occurs at all. My 18-year-old daughter made this same point when she noted how much people really loved the rock and rollers of the 1960s, 70s, and 80s. “It isn’t the same now,” she said.

The other idea came serendipitously. In the dark of the museum’s ground floor, a sizeable permanent exhibit was devoted to John Lennon. And right there, in a glass case directly below the white satin and gold braided coat he wore on the cover of “Sgt. Pepper’s Lonely Hearts Club Band” was the original of one of rock’s singular anthems: Lennon’s hand-written manuscript of “Lucy in the Sky With Diamonds.”

For a writer who earns his keep using words to describe ideas, who’s been a Beatles lover since the first grade, and mourned Lennon’s murder in New York in 1980, reading the faded block print words, written in blue ink on a plain white sheet of paper, was one of the most compelling moments of intellectual kinship I’ve ever felt.

The margins contained the modest edits and changes that Lennon made in the text. The title was underlined and written in all capital letters at the top of the page. The verses stood in their original order:

Follow her down to a bridge by a fountain
Where rocking horse people eat marshmallow pies,
Everyone smiles as you drift past the flowers,
That grow so incredibly high.

You could see the clarity of Lennon’s intelligence in a song that formalized and explored the drug-floated experience of the time, a song that is arguably the best on “Sgt. Pepper,” an album that four years ago Rolling Stone magazine said occupied the #1 spot on the list of the “500 Greatest Albums of All Time.”

The Rock and Roll Hall of Fame holds countless such personal moments for people born near and after World War Two. Cleveland, which spent $65 million in taxpayer funds to lure the Hall of Fame to its lakeshore, made an astute investment in its economy and quality of life. The Hall of Fame could be renamed the Boomer Museum. The building’s six floors were like a national tribal gathering, with elders guiding their tattooe’d young through the foreign emotional geography of protest, love, and experimentation.

The Hall holds the touchstone ideas, the memories, the icons, and the playlist of a generation that altered the world in ways that are still coming to be understood. In April I wrote that Earth Day ought to be called Boomer Day because it represents one of the Baby Boom’s quintessential contributions. The music celebrated in the Rock and Roll Hall of Fame is another.

2 thoughts on “In Cleveland, The Girl With Kaleidoscope Eyes”