Tom Friedman, the New York Times columnist, yesterday described the confrontation between population growth and water in China, arguing that a nation developing as fast as that one is bound to hit big economic and ecological impediments.

For readers of Circle of Blue, where I serve as senior editor and a global correspondent, this is not a new thought. In fact, in recent months we’re seeing lots of fresh evidence that the groundbreaking reporting we’ve done on the contest between energy, water, and food is having influence in the media and in non-profit circles.

Last year in Choke Point: China, we reported on the domestic and global implications of China’s irresistible drive for modernization and development.

— Its markets are the largest in the world.

— Its energy demands and production top any other nation’s.

— China is the largest producer of greenhouse gases.

— The confrontation in China between rising demand for energy and food, and declining freshwater reserves is more acute and urgent than in any other industrial nation.

“To say China needs its own dream in no way excuses Americans or Europeans from redefining theirs,” Friedman writes. “We all need to be rethinking how we sustain rising middle classes with rising incomes in a warming world.”

For a tiny science and reporting group like Circle of Blue, which punches well above its weight, it’s gratifying to know that your work matters.

In August, in another example, the Times reported on how the production of deep shale oil and gas pits energy producers against farmers for access to water on the dry American Great Plains. “A new race for water is rippling through the drought-scorched heartland,” the paper reported.

Two years ago, in Circle of Blue’s Choke Point: U.S., we were among the first to report on the developing contest for water in North Dakota and other states where tens of millions of gallons of water were being used to frack deep shale oil and gas wells. The duel between farmers and the oil industry was a political mismatch, we reported, and that when it came to scarce water, the oil and gas industry would secure all that it needed, regardless of who stood in its way.

This is tough work to do and it’s  good that people are taking notice. Greenpeace followed up on our report on coal production and water use in China with a strong study of its own in August.  The Union of Concerned Scientists has been reporting for almost a year on energy and water in the United States in its Energy In A Warming World Initiative. Last week USA Today followed up on Circle of Blue’s terrific original reporting on water pricing in American cities with a big take out of its own. 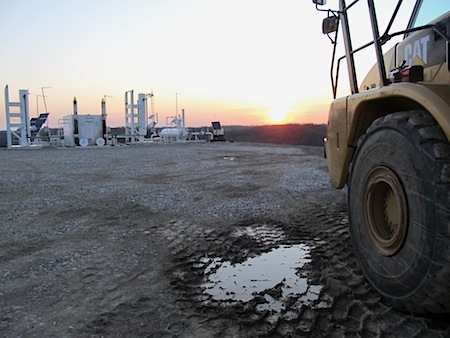 One thought on “Contest Between Water and Energy Becoming Big Story”