COPENHAGEN — Seven countries, led by the tiny Pacific island nation of Tuvalu, this morning declined to accept the Copenhagen Accord that was reached late last night. But in a procedural move designed to put the agreement into effect, the conference decided to “take note” of the accord instead of formally approving it.

Photo: J. Carl Ganter/Circle of Blue
NGO experts explained that the decision by the other nations who are parties to the conference to “take note” enables the accord to become what the United States and other supporting nations call “operational,” even though it has not gained formal United Nations approval.

Negotiators continued to work  to clean up last details but the Copenhagen Climate Change Conference appeared as though it would conclude later today.

The final stages of the Copenhagen climate conference have produced a range of responses, though none were expressions of celebration. Ban ki-Moon, the secretary general of the United Nations, called the accord reached last night “hopeful” and urged the 193 nations that gathered here to transform its basic provisions into a legally binding treaty. “It’s just a beginning. It will take more than this to tackle climate change. It is a step in the right direction,” he said.

The UN secretary general said he would press world leaders to complete a legally binding treaty next year. Supporters of the Copenhagen Accord have until January 31, 2010 to announce their commitments to cut emissions.

Summed up, perhaps, the Copenhagen Accord is tantamount to a global prenup. The marriage agreement is still to come.

Download Copenhagen Accord, “taken note” by UNFCCC on December 19, 2009
Negotiated by U.S. President
The Copenhagen Accord was negotiated by President Obama, Chinese Premier Wen Jiabao, and the leaders of Brazil, India, and South Africa. It attracted support from the European Union and most other world leaders. Though the accord encompassed all of the significant measures that most nations said were needed to respond to climate change. But it includes steps that many climate scientists and diplomats consider insufficient to keep global temperatures below 2 degrees Celsius, a level thought by many world leaders to be manageable.

The Copenhagen Accord contains these provisions that President Obama called a start to global action to solve climate change:

1. A commitment by developed nations to invest $30 billion over the next three years to help developing nations adapt to climate change and pursue clean energy development.

2. A provisional commitment by developed nation to develop a long-term $100 billion global fund by 2020 to assist developing nations respond to climate change and become part of the clean energy economic transition.

3. Establishing a goal to pursue emissions reductions that are sufficient to keep the rise in global temperatures below 2 degrees Celsius.

4. Pledges by nations to commit to concrete emissions reductions, though the specific levels of reduction were not set.

5. A general goal to subject participating countries to international review of their progress under the accord.

6. Providing diplomatic space for the United States and China to work together to solve climate change.

7. A commitment to complete an assessment of the effectiveness of the accord in reducing emissions by the end of 2015.

8. Measures to conserve the world’s forests.

Night of Controversy
The events leading up to making the accord operational followed a long night of controversy in which Tuvalu, Sudan, Venezuela, Cuba, and three other nations opposed its provisions, arguing that it did not go nearly far enough to solve the climate crisis. The smaller nations also objected to the process that produced the accord, in which the United States, China, India, Brazil and South Africa negotiated with 20 other nations. President Obama, who arrived early on Friday morning, put the full measure of his influence and prestige behind the work to reach the accord.

Critics of the accord called it completely inadequate to respond to the dire threat posed by climate change. Cuban delegates accused the United States and its new president of “behaving like an emperor” and claimed that the draft was a “gross violation principle of sovereign equality.”

At 10:30 p.m. Obama held a news conference and appeared visibly spent. “Today we’ve made a meaningful and unprecedented breakthrough here in Copenhagen,” he said. “For the first time in history all major economies have come together to accept their responsibility to take action to confront the threat of climate change.”

The president added: “Because of the actions we’re taking we came here to Copenhagen with an ambitious target to reduce our emissions. We agreed to join an international effort to provide financing to help developing countries, particularly the poorest and most vulnerable, adapt to climate change. And we reaffirmed the necessity of listing our national actions and commitments in a transparent way.

“These three components — transparency, mitigation and finance — form the basis of the common approach that the United States and our partners embraced here in Copenhagen. Throughout the day we worked with many countries to establish a new consensus around these three points, a consensus that will serve as a foundation for global action to confront the threat of climate change for years to come.”

Dramatic Turns Over Last 30 Hours
What a final 30 hours its been here in Copenhagen. For much of the afternoon yesterday and well into the evening the cold and dark seemed to settle more deeply today on this city of 1.2 million. Here in the Bella Center, as the day turned to night without an agreement to cool the planet that most people expected today, the meditation and prayer rooms were noticeably more busy. After months of work this year, and 12 days of negotiation at the UN Climate Change Conference, it looked for much of the day as if 120 heads of state might actually leave Denmark without any agreement at all. Certainly there are fossil fuel industry board rooms in Houston where such an outcome would be celebrated.

But less than two hours before midnight word circulated through Bella that agreement had been struck, though the significance of the various measures is not, at this writing, crystal clear. The final text, negotiated by the United States, China, India, and South Africa has not been completed, though negotiators were assigned by heads of state to complete that task tonight.

NGO climate experts also cautioned that the agreement has not been made final, and that many other countries have not signed off on its provisions. The European Union, which scheduled a news conference before midnight, abruptly cancelled the event, and then held it later in the night. And just after midnight Lumumba Di-Aping, the Sudanese chair of the G77, the international alliance of developing nations, held a news conference and lashed the deal.

Fierce Criticism
Di-Aping said the agreement would hurt developing nations and “lock people of the developing world in poverty.” He said the financial terms, $10 billion annually provided by developed nations to developing nations each year through 2012, “was nothing compared to the risks.” And he accused the United States, with the assistance of Denmark, of essentially strong arming poor nations into accepting the measure. Di-Aping indicated that “if one country doesn’t agree to this agreement, then there is no deal.”

According to American NGO experts and President Obama the deal reached by the United States and the four  other nations aims at 1) limiting carbon emissions so that global temperatures do not exceed 2 degrees Celsius, 2) committing nations to concrete emissions targets, and 3) subject participating countries to international analysis of their commitments. In its essence, the agreement’s structure is consistent with what President Obama outlined to heads of state and delegates early this afternoon.

It also is the first agreement to provide diplomatic space for the United States and China to work together to tackle global climate change.

The deal is not legally binding, though the president said it was a “first step” toward developing a much stronger binding agreement. He did not say when that might occur, and wasn’t clear tonight whether negotiating a legally binding treaty was possible within a year. “I am supportive of such efforts,” he said. “This is a classic example of how if we just waited for that then we would not make any progress.”

Representatives of international climate advocacy organizations were critical of the deal, asserting that it was not nearly strong enough. Ricken Patel, executive director of Avaaz.org, greeted the deal this way: “The so-called Copenhagen Accord is an historic failure, representing the collapse of international efforts to sign a binding global treaty that can stop catastrophic climate change. Perhaps most telling, while leaders themselves recognize that this agreement is insufficient, they have set no deadline or even date to complete it.”

American NGOs Supportive
American environmental leaders were more supportive, asserting the agreement was a step that strengthened American and global action to limit carbon emissions and accelerate the vast economic transition built on a new foundation of clean energy development.

“The world’s nations have come together and concluded a historic—if incomplete—agreement to begin tackling global warming,” said Carl Pope, executive director of the Sierra Club. “Tonight’s announcement is but a first step and much work remains to be done in the days and months ahead in order to seal a final international climate deal that is fair, binding, and ambitious. It is imperative that negotiations resume as soon as possible.”

“Today’s agreement takes the first important steps toward true transparency and accountability in an international climate agreement,” said Fred Krupp, president of the Environmental Defense Fund. “The sooner the U.S. speaks through Senate legislation, the sooner we can set the terms of engagement for talks to come.”

President Obama avoided being specific about a timetable for making the agreement more robust and binding. “We strive for more binding agreements over time,” said the president.

Keith Schneider, an environmental journalist, is media and communications director at the US Climate Action Network. Reach him at kschneider@climatenetwork.org 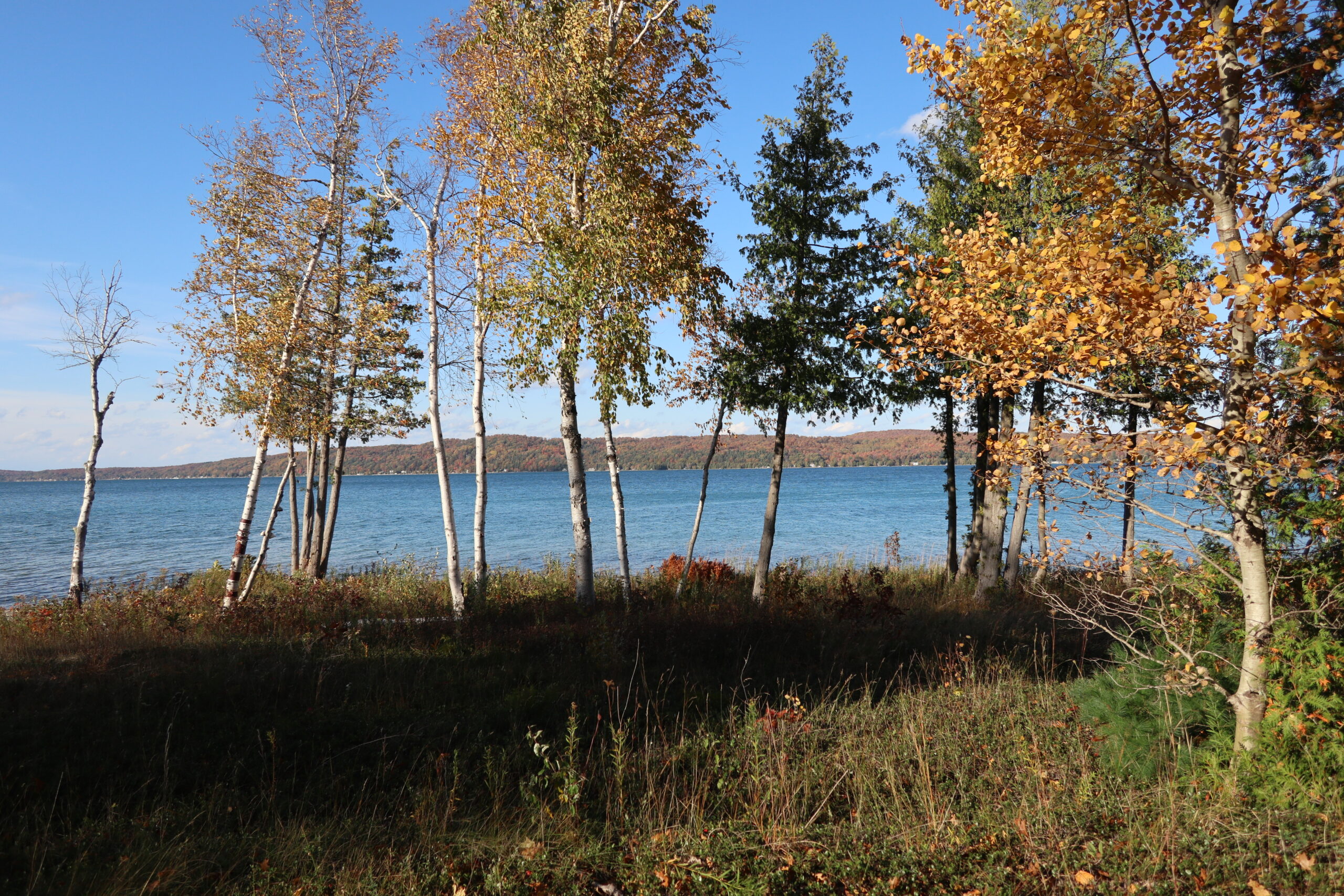 Water Could Make Michigan The Place To Be Later This Century