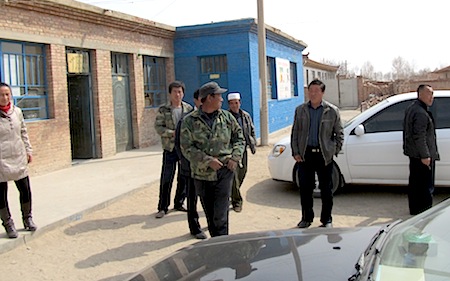 More than two years ago in Circle of Blue’s The Biggest Dry, I was part of a Michigan-based multi-media reporting team that documented how hard Australia’s primary food-growing region was getting hammered by climate change. The Murray-Darling Basin of southeast Australia, named for the region defined by two of the nation’s longest rivers, was in the throes of a 12-year drought that was crippling grain production sectors, especially the $1 billion rice industry. I called the drought an unmistakable example of the consequences of climate change that were “more visible and dangerous in Australia than in any other industrialized nation.”

This year that distinction, arguably, now falls on China, which is contending with severe droughts in the Yangtze River Basin of the south, and the Yellow River Basin of the north. Today, as part of our Choke Point: China series, which focuses on the confrontation between rising energy demand and declining freshwater reserves in the world’s largest country, Circle of Blue posted my account of China’s other big challenge connected to water scarcity: assuring its growing demand for food.

Lower grain reserves, of course, affects the entire planet this season, including the United States where grain prices are at or near historically high levels. That’s great for farmers and tough for American consumers, and not necessarily, at least not yet, a source of political instability. But in much of the developing world rising food prices generally accompany rising energy prices and inflation, all of which are occurring in China and adding to the central government’s concern about social instability. And because China is the largest market in the world for just about everything — from cars to grain to batteries to glass to steel to energy, to name a few — what happens there affects markets and prices here. The United States has less of a grip on its own destiny than ever before in my lifetime.

Last month I visited a farm district (see pix above) along the middle reaches of the Yellow River, which irrigates 402,000 hectares (993,000 acres) of farmland north of the Ningxia Hui Autonomous Region’s provincial capital, Yinchuan. There was no mistaking the smell of dry earth and diesel fuel, the abiding scents of a desert province that is also among China’s most efficient grain producers.

Ningxia farmers have relied on the Yellow River since 221 BCE, when Qin Dynasty engineers clawed narrow trenches from the sand, introducing some the first instances of irrigated agriculture on earth. Despite persistent droughts, in each of the last five years irrigation has made it possible for annual harvests to increase by an average of 100,000 metric tons.

The 2010 harvest of 3.5 million metric tons was nearly double what it was in 1990. The 3.9 million people who live and work on Ningxia’s 1.2 million farms, most no larger than three-quarters of a hectare (1.6 acres), produce the highest yields of rice and corn in the nine-province Yellow River Basin, according to central government crop statistics.

In sum, the farm productivity of this small northern China region-about the same size as West Virginia and located 1,200 kilometers (745 miles) to the west of the Bohai Sea-reflects the major shifts in geography and cultivation practices over the last generation that have made China both self-sufficient in food production and the largest grain grower in the world.

Yet Chinese farm officials here and academic authorities in Beijing are becoming increasingly concerned that China does not have enough water, good land, and energy to sustain its agricultural prowess. As Circle of Blue and the China Environment Forum have reported in the Choke Point: China series, momentous competing trends-rising demand for energy, accelerating modernization, and diminishing freshwater resources-are putting the country’s energy production and security at risk.