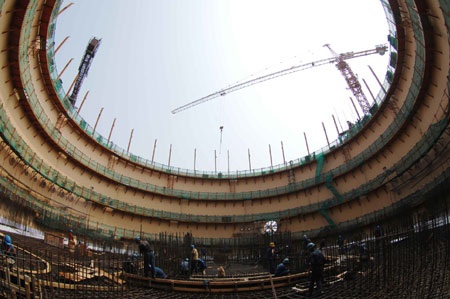 I’ll be in Beijing later this week, and then on to Tianjin to cover China’s first UN-sponsored climate summit, which begins October 4. Before leaving, though, I wanted to note that on September 22,  a group of Republican and Democratic Senators sent a rare bipartisan signal to the world that the United States has not abandoned the hard work of reducing climate emissions and speeding the clean energy transition. The group introduced a bill to establish the first national renewable energy standard, requiring utilities to generate 15 percent of their energy from renewables by 2021. Wind, solar, ocean, geothermal, biomass, new hydropower, and methane produced from landfills would be considered renewable sources. 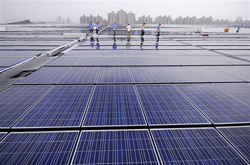 The bill, which is modeled after similar legislation in effect in 31 states and approved by the House last year, is co-sponsored by Democratic Senators Jeff Bingaman and Tom Udall of New Mexico, Mark Udall of Colorado, and Republican Senators Sam Brownback of Kansas, Susan Collins of Maine, John Ensign of Nevada, and Chuck Grassley of Iowa.

Rare Agreement In Senate
The measure has 18 other Senate supporters. It would allow states to meet more than a quarter of the requirements through energy efficiency efforts and proposes to charge utilities that are unable to meet the new standards a compliance payment of 2.1 cents per kilowatt hour to support renewable energy development or to offset consumers’ bills.

In fact, considering the Senate’s reluctance to act on climate-changing emissions, the new proposal is potentially huge. By requiring new power demand to be met with clean energy sources, especially wind or the sun, carbon dioxide emissions could be reduced by a maximum of 100 million metric tons annually when it goes into full effect in 2021, according to an analysis by the American Council for an Energy-Efficient Economy. This is comparable to removing 23 million cars from the road. Last year the Union of Concerned Scientists projected that state standards will provide support for 76,750 megawatts of new renewable power by 2025-an increase of 570 percent over total 1997 U.S. levels.

Effect Could Be Big
The Apollo Alliance, a big supporter of clean energy and jobs, reported last week that a group of 21 businesses, labor unions, think tanks, and advocacy groups recently released an RES Action Statement that called on the Senate to approve a clean energy standard immediately in order to prevent a renewables industry slowdown and stem the flow of clean energy capital and jobs from the U.S. to China. “If we wait another year,” said a senior vice president for Iberdrola Renewables, “we’re going to lose a lot.”

A new national renewable energy standard, indeed, could have the same effect on the economy as similar standards have had on the states. The bipartisan support for the proposed bill reflects the marked growth in renewable energy, especially wind, to produce electricity. At the end of last year, according to the Environmental Protection Agency, Kansas produced over 1,000 megawatts, New Mexico nearly 600 mw, Maine almost 200 mw, and Iowa more than 3,600 mw. Denise Bode, the chief executive of the American Wind Energy Association, says 85,000 Americans are employed in the industry. Unemployment rates in the big wind generating states of the Great Plains, according to the Bureau of Labor Statistics, are the lowest in the country. According to a recent RES Alliance For Jobs study, a higher renewable energy standard of 25 percent would generate 274,000 new American jobs.

China Conference Awaits
The hopeful Senate measure coincides with China’s big UN-sponsored climate meeting in Tianjin, which starts next Monday. I’ll report from Tianjin here and on other sites — Circle of Blue, Grist, Energy Collective, Climate Media Partnership — writing about any diplomatic breakthroughs, covering US NGO-sponsored events and trips to Chinese clean energy manufacturers and looking closely at how China uses water for energy production. I’ll report on how China is responding to the challenge of reducing greenhouse gas emissions — including building new nuclear plants like the one in the pix above — and bidding to control the $multi-trillion market for clean energy equipment and technology.

In holding the meeting in Tianjin, a new and very short ultra high-speed bullet train ride from Beijing, China is sending its own message to the world. The world’s largest country is outpacing the U.S. in manufacturing wind, solar, and advanced lithium-ion battery manufacturing. With the bipartisan renewable energy standards proposal, that message appears finally to be reaching the Senate.

Talk to you from China.