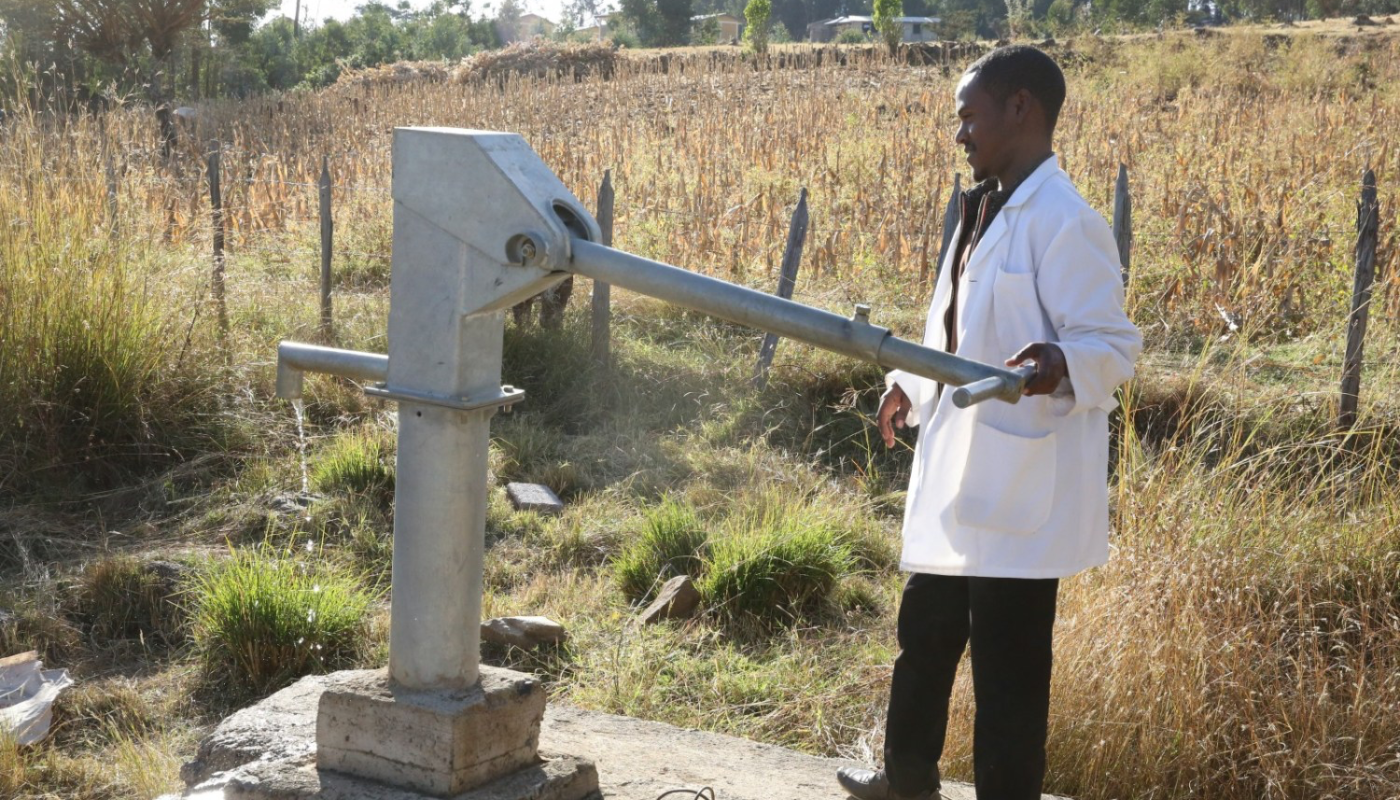 My first months of 2021 were consumed with reporting and writing a three-part Circle of Blue project on global trends in water, sanitation, and hygiene. Our collaborator was the Wilson Center, the D.C. think tank that has been one of of our partners since 2010 in reporting the Global Choke Point chapters in China and India.

As I noted in WASH Within Reach, as a Circle of Blue correspondent in Africa, Asia, and Latin America I’ve reported on the limited access to water, sanitation, and hygiene from informal settlements in Delhi, Lima, Durban, Chennai, and several more cities. I had no notion, though, of the galaxy of institutions and projects, big and small, that were players in the half-century-old international campaign to provide universal access to so-called WASH in developing nations. I found that considerable progress had been made and that $400 billion in adjusted dollars had been spent, and about $20 billion annually over the last 5 years.

The project’s findings generated considerable attention around the world. I wrote this summary for the World Economic Forum, which published it on June 7, 2021:

People devoted to financing water, sanitation and hygiene in developing nations worried for much of 2020. Utility customers stopped paying their water bills. Funders altered their priorities. Heads of state turned their attention to other virus-related emergencies.

But did COVID-19 affect funding enough to slow progress toward universal access to clean water, safe sanitation, and hygiene – popularly known as WASH? And if it did, by how much?

The data did not look good:

• In May 2020, the United Nations reported that 400 million jobs were lost around the world and that the pandemic could push 100 million people into extreme poverty, the first increase in 22 years.

• In December, the United Nations Conference on Trade and Development reported that because of the pandemic, international investment in water, sanitation, and hygiene fell 70 percent in the first three quarters of 2020.

• Water utilities in developing nations reported that spring and summer revenue for 2020  declined—in some cases by 60 percent—due to business closures, job losses and government orders to provide water for free.

“My colleagues and I were worried that with governments providing water for free, the years of building public acceptance that water would have to be paid for were being undone,” said Lesley Pories, the manager of sector strategies at Water.org, a Kansas City-based non-profit WASH financing group.

Yet even as the official numbers seemed to point to a potential catastrophe, the actual effects of the pandemic on delivering water and sanitation to people who needed it were not nearly as dire. Michael Webster, director of Water and Sanitation in Cape Town, South Africa, was one of a number of utility executives who said the pandemic actually galvanized municipal investment in WASH. Plans to improve hygiene and sanitation in Cape Town’s informal settlements accelerated because of the virus, Webster told reporters last summer.

In news reports water and sanitation providers in Asia and Africa said their projects continued apace. The World Bank reported in June 2020 that in the short-term, capital expenditures would fall 7 percent but that “financially robust utilities are coping well.”

Early indications suggest that small water providers coped through the pandemic, according to Safe Water Network, a New York-based nonprofit with programs in India and Ghana. It used a data tool developed by the World Bank to assess the consequences of COVID-19 on the “financial and operational performance of small water enterprises.”

“Based on anecdotal data and our experience, we see small water enterprises as a particularly resilient safe water solution during public health crises,” said Gillian Winkler, the group’s vice president for strategic partnerships.

In other words, customers received water. Water treatment plants operated. Managers of sanitation services in informal settlements performed their daily tasks of cleaning toilets and removing waste. Staffing shortages when the virus sickened workers were temporary. “One point to make is that these guys are scrappy,” said Peter Macy, director of RockBlue, a Cape Town-based nonprofit that provides technical assistance to water utilities in five southeast African countries. “They know how to make do when things get tough. If there were service interruptions, I didn’t see it.”

A Galaxy of Players

That makes sense. Over the last half century, the WASH sector evolved into a galaxy of projects, programs, departments, idea centers, utilities, service companies, research groups and consultancies devoted to one objective—delivering clean water, sanitation and hygiene to the developing world.

At the galaxy’s center is the stellar cluster—development banks, philanthropies, investors and government treasuries—that finance the work. Since 1970, more than $400 billion has been spent on official development assistance, official development finance, government aid, loans and philanthropic grants for WASH in developing nations. The WASH sector, in short, has achieved stability, durability and scale sufficient to operate through a pandemic.

Even with such a considerable sum, the generally accepted narrative of WASH financing is this: It’s not enough. Capital spending for WASH would need to reach $114 billion annually to meet the U.N. goal of providing universal access to water, sanitation and hygiene by 2030, according to a much-noted 2016 World Bank study.

That is more money than the roughly $20 billion invested annually in WASH in the five years before the pandemic, according to the U.N. Water Global Analysis and Assessment of Sanitation and Drinking Water (GLAAS).

“The COVID crisis amplified the existing access issues,” said Pories. “The most critical challenges, though, are systemic and have been forming over decades: population growth, rural to urban migration and inadequate financing models.”

But viewed from another perspective, $400 billion in aid, assistance, loans and grants produced three results that are scarcely recognized or celebrated in the WASH galaxy. First, it generated a sturdy funding and WASH delivery sector that prodded the world into embracing the consensus goal to provide every person on Earth access to clean water, safe sanitation, and hygiene. The world has 17 Sustainable Development Goals. Universal WASH is one of them.

Second, the $400 billion-plus investment generated an array of WASH delivery projects that are working around the world and delivering measurable results. Between 2000 and 2017, 2.4 billion people gained access to safe water supplies and some 2.1 billion to safe and improved sanitation, according to the United Nations.The 2019 GLAAS report noted that half of the 115 countries and territories it surveyed “have set targets that aim for universal WASH coverage by 2030.”

And third, an inventive community of finance professionals developed to promote a new message about how to achieve universal WASH. Adequate financing is important, they say. But it’s more essential to 1) help WASH finance recipients become much more “creditworthy,” and 2) open new paths for raising money and delivering it more quickly to WASH providers.

“There is always private money looking for investment, right?” said Joel Kolker, program manager for the World Bank’sGlobal Water Security and Sanitation Partnership. “The supply of money isinteresting. It’s important. But in the midst of all that, it misses the key word. Is the serviceprovider creditworthy? Are institutions creditworthy?”

“So, for me,” he said, “the more interesting side is not the supply of capital. Rather, it’s what’s going on in creating the demand. That’s where we need to go to work.”

State of Play
In 2015 the UN attracted international accolades for setting Sustainable Development Goal 6 to provide clean water, safe sanitation, and access to a handwashing facility to every person on Earth by 2030. That goal is within reach in much of the world.

According to 2017 data from the U.N. 88 percent of the world’s population, or nearly 7.0 billion people, have access to clean water in their homes and within a 15-minute walk. Nearly 1.8 billion people gained access to basic water supplies from 2000 to 2017.

Another point, arguably the most vital, is that the 2017 data clearly show that developing nations across Asia, Latin America, and North Africa are closing in on meeting universal access goals by 2030.

In Vietnam, for example, 84 percent of the population had access to safe and improved sanitation in 2017, according to statistics from the WHO/UNICEF Joint Monitoring Program for Water Supply (JMP), up from just over 50 percent in 2000. Nearly 95 percent had safe water.

In Bolivia, 94 percent of the population had safe water, and 88 percent used safe and improved sanitation.

The progress developing nations are making in WASH, according to studies by economists, coincides with rising national and personal incomes. As nations gain wealth, rising from low-income to middle-income, water infrastructure, sanitation infrastructure, and services improve.

That essentially leaves the 35 nations of sub-Saharan Africa as the WASH sector’s last big frontier. “Is universal access, reaching 100 percent for water and sanitation, achievable by 2030?” asked Stef Smits, senior program officer at IRC and a respected WASH researcher. “I think in 95 percent of the world, that is more or less achievable, based on linear projections of current rates of progress.

“For most countries in Africa, the target to reach universal access to at least basic water, I expect that to be achieved around the year 2040, based on those projections,” Smits added. “For sanitation, it will take longer.”

Taken together, the new trends suggest that the space is steadily shrinking between those who do and those who don’t have ready access to clean water, sanitation, and hygiene. For half a century the world tread a difficult path. It is now closing in on a momentous human achievement.

Diplomacy in Climate Talks No Match For New Energy Alliances