On Saturday, April 2, 2016 hundreds of mourners set out to a Pondo tribal settlement on South Africa’s Wild Coast to honor Sikhosiphi Radebe, the chairman of the Amadiba Crisis Committee, who was assassinated on March 22. Radebe and several more Crisis Committee leaders spent the last decade organizing Wild Coast villages and settlers in opposing a big titanium sands beach mine along the Indian Ocean coast. The committee also opposes a new freeway that would serve mine operations that the South African government wants to build across the magnificent Wild Coast river gorges and unscarred meadows of Pondoland.

Radebe, who was more familiarly known as Bazooka, was said by his friends to be a fearless man of negotiation and peace. He was murdered by two killers, apparently hired hitmen, who’d carjacked a vehicle with two passengers. They threw the driver in the trunk, the other in the back seat, and affixed a blue light on the roof. They then drove to Bazooka’s repair shop near Port Edward, an Indian Ocean coastal town. In a brief confrontation Bazooka was shot eight times. The carjacked passengers were released unharmed. Police recovered the vehicle, but turned it back over to its owners prior to thoroughly scrubbing it of clues. The killers have not been apprehended. My report on the murder and the history that led to it for Circle of Blue is here.

The ferocious battle for control of the northern reaches of the Wild Coast has divided what the Crisis Committee asserts are the majority of the Pondo community from a minority that envision the mine and the freeway as essential to new job and business development. The battle is fierce and dangerous.  Both sides vow to fight to the death.

I visited the region in January, accompanied by Nonhle Mbuthuma and Mzamo Dlamini, two senior leaders of the Crisis Committee. Both said their lives were in danger. The homes of Crisis Committee members were targeted for nighttime attacks by armed men. Three Crisis Committee members had already been killed, they said, the victims of poisoning. The South African Police Service (SAPS), they said, were uninterested in investigating the confrontations and seemed to be acting in a manner that favored supporters of the new mine and highway.

Instances of intimidation and assault had gone uninvestigated and unprosecuted, said Mbuthuma. Police did not respond to an attack on the home of a tribal chief that involved gunfire.  The police did apprehend and are prosecuting four men involved in a December attack that resulted in serious injuries of Crisis Committee members. But that occurred only after the bleeding victims personally hobbled into the nearest police station the night of the assault to provide sworn testimony.

That the police are indifferent to opponents of the mine and the new road gained more credence on Saturday when journalists covering the funeral for The Citizen, a South African news organization, were badly beaten by a mob of Pondo residents that support the mine. The journalists said police officers were present at the assault but did not intervene to stop it. The police also confiscated the newspaper photographer’s camera.

Wild Coast Struggle Part of South Africa Tumult
The escalating violence on the Wild Coast is a chapter in the narrative of turmoil and destabilization that is overtaking all of South Africa. President Jacob Zuma, who took office in 2009, has overseen a collapse in the country’s economy, taken damaging administrative steps with his cabinet, and sought to cloak himself and his aides in a veil of privilege and corruption. The president is swiftly being unmasked by opposition parties in South Africa who seek his impeachment.

Zuma’s  ineffective presidency is precisely what South Africa does not need in an era when all of Africa and much of the world is being bullied by mega economic and ecological trends. The South African rand slid in value to its lowest level ever in January when it was worth barely more than 6 U.S. cents. The business confidence index fell to its worst-ever rating. National meteorologists projected that a deep drought, already a year old, would persist until the end of 2016. Agronomists said that grain harvests were likely to be half the normal total. Layoffs in the farm sector caused by moisture scarcity and unplanted fields lifted the country’s persistent joblessness to more than 35 percent. Thermometers in Pretoria, the nation’s capital, reached a sun-blistered peak of 41.5 degrees Celsius (107 degrees Fahrenheit) the highest ever recorded.

The endowment of optimism and progress that South Africans embraced at the start of the new multi-racial elections and the formal end of Apartheid in 1994 has dissolved into a period of deepening national economic and social stress. Talk radio hosts reached a candid national consensus on the first Thursday of the new year,  one of the worst days in the 22-year post-Apartheid era. On one news station, hosts interviewed a psychic, who counseled listeners to stay calm.

In February, executives of the black empowerment company affiliated with the mine developer announced that it would begin exploratory drilling operations at the mine site. The Amadiba Crisis Committee organized a human blockade. People prepared to lie down in the road leading to the mine site. The company decided not to pursue its plan.

Two days later, on February 24, Bazooka was called by a mine supporter and threatened, according to Mbuthuma. The caller told Bazooka: “You think you are the Goliath of the Amadiba people, but even Goliath died.”

In an article published last week in GroundUp, a Cape Town-based news organization, Nonhle Mbuthuma revealed the depth of her courage. “Our enemy wants us to lose focus,” she said. “If we go to war then that will be the end of our struggle.”

Bazooka’s death, she said, is a formative new call to action. “I told myself to stop being stupid, that responding with violence wouldn’t protect the land. Before Bazooka died we took an oath that we would fight until the end. We’re going to continue forward, no matter if we lose some soldiers on the way.” 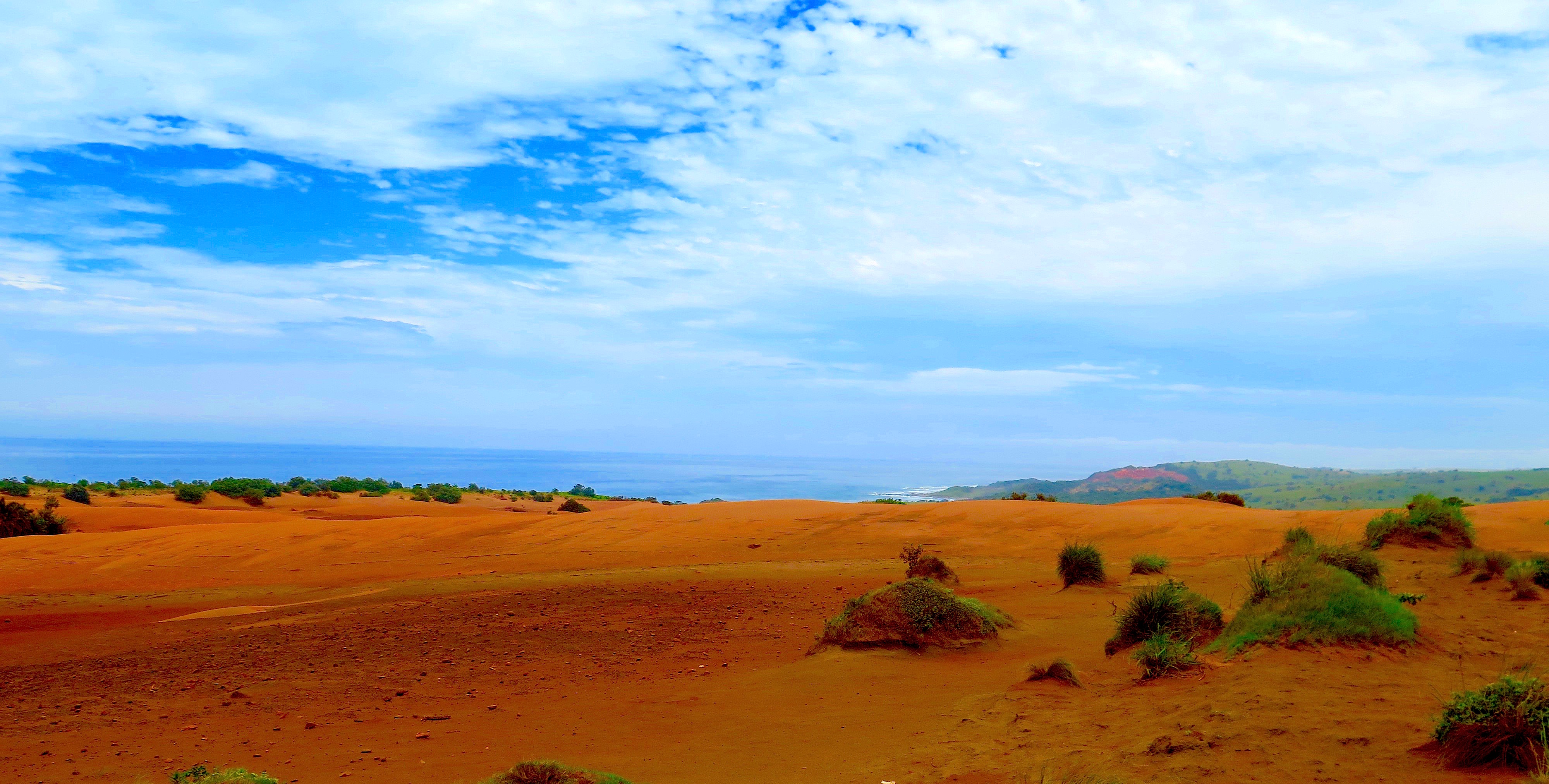 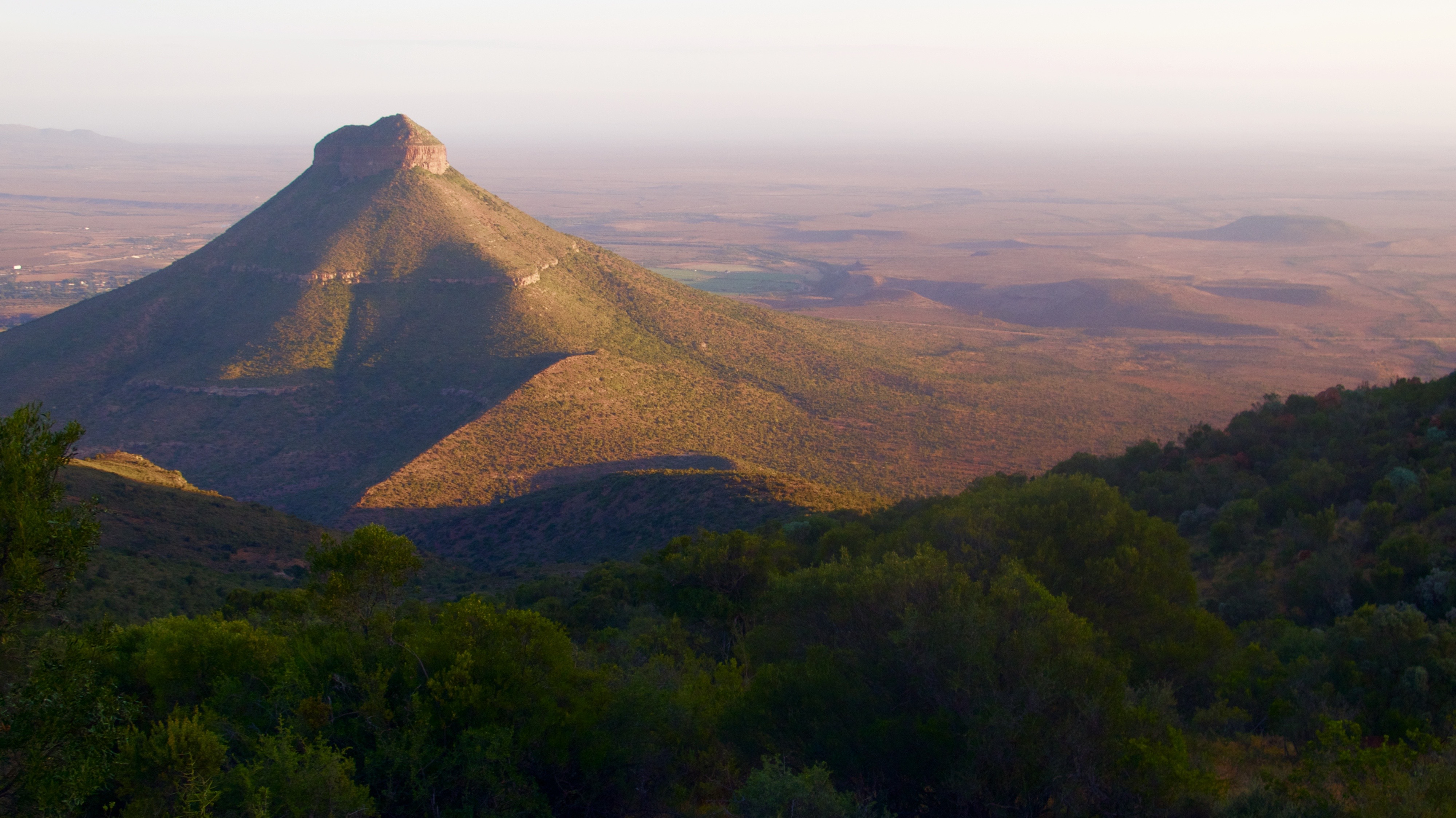